The Path of Bliss
0 SHARES

The Lexington Comair Crash, Part 27: The Path of Bliss

The world of illusion is at my door ..."

One of the passengers on Flight 5191 placed his faith in this: 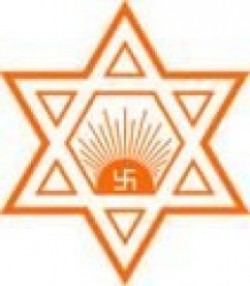 The swastika in the rising sun of this abomination is a reference to the roots of his religion ... 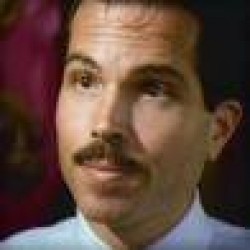 The seeds of this religious movement were germinated in Nazi Berlin, a vile place made that way by the upper-upper-crust who proxied the government and military, mustered an army, declared war on the world and tried to take over. The Russians were so disgusted with the ensuing carnage that when the Germans gave up, they built an "Iron Curtain" (as Joseph Goebbels referred to it), to prevent fascists from the West rolling in again and shooting everybody ...

Forty-five years later, the Iron Curtain crumbled, a resounding anti-climax, the polar political tension gave way and influence shifted to the West without so much as a moan ...

Unfortunately, however, American capitalism, too, entered a phase of steep decline in the middle-'80s, and it would culminate with the inevitable economic crash of 1990 ... the world was about to be pitched into chaos ... soon, we would all be paupers on the streets, begging for food and water ...

''People in a position to pay taxes should pay them now,'' the famed economist warned. ''If they do, we still have time. We still have two and a half years to go ..." Some well-heeled entrepreneurs sitting in the audience sneered and walked out. 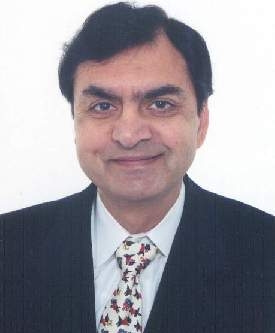 But the powerful Hunt brothers remained in their seats and took notes.

The speaker at the podium was Ravi Batra, the famed "Depression Guru." Batra's lecture at the Dallas' Crescent Club in August, 1987 drew more than 200 of the city's upper-upper-crust.

"His predictions in the early 1980's of low inflation, falling oil prices, a wave of mergers and a booming stock market – mocked for years – have proved close to the mark," the New York Times reported. "But as Dr. Batra's ideas spread, a growing sense of unease about their theoretical underpinnings – even about Dr. Batra himself – seems to be gathering steam. Some critics say Dr. Batra is flogging overblown academic credentials. His book, which had been rejected by 40 publishers, is a compilation of articles that Dr. Batra could not get published elsewhere. But what has perhaps aroused the most skepticism is his theoretical and spiritual ties to an Indian mentor, Prabhat Ranjan Sarkar, whom he calls 'my best friend' and 'a leading scholar from India.'

"Sarkar, once jailed for murder in a highly publicized case, was later vindicated on appeal, and heads an Indian sect called Ananda Marga, the Path of Bliss. His followers, who have been known to dance in public with knives and human skulls in their hands and to gather under a full moon at cremation sites, have been accused of attacks on Indian officials in Stockholm, Tokyo, New York, Los Angeles, Washington and elsewhere. They also run orphanages, schools and programs for rural poor ... "200

By sheer perseverance, the world pulled through the terrible crash of 1990. Dr. went on to issue dire warnings of the crash coming in 1998, "a devastating and complete economic collapse," followed by a military coup.201 (It wouldn't be the last global crisis, of course. Down the road waited Saddam Hussein's tiny vial of population-decimating anthrax, bird flu and nuclear Iranians. You didn't hear much snickering then ... well, maybe at the White House ... )

Ananda Marga (Path of Bliss) was conceived by guru Ananda "Ba'ba" Murti. Today, the movement, which operates around the world, and it's spin-off, PROUT (Progressive Utilization Theory), are proponents of socialism – in theory. "In actual fact they look more like a new version of the older national socialism, the Dialogcentret site notes. "The Ananda Murti himself is hailed as a god incarnate, called Tarak Brahma, a third incarnation after Shiva and Krishna. As a god he claims absolute obedience from his followers. Even as a young boy he is said to have exercised supernatural powers, and his life has been marked by a number of remarkable acts which identify him as a typical siddhi-yogi on the basis of Tantric ideology. He was probably initiated by his notorious uncle Subhas Chandra Bose, an extremist politician who supported the Japanese and German forces against the English, whom Bose hated with life-long animosity."

Subhas Chandra Bose was born in 1897. His followers referred to him as "Netaji," or "Leader of Leaders" (the German translation was "Führer"). Bose was in Berlin from 1941-43, and he threw in with the belligerant Nazi templars created by the upper-upper-crust to protect their wealth and privilege from communist incursions.

"The Japanese declaration of war against Great Britain and the US on December 7, 1941," writes Indian historian Sisir K. Majumdar, "coupled with the advance of the Japanese army towards the Indian frontier radically altered the war situation. The German Foreign Minister prepared a draft declaration on India without any consultation with Netaji. Japan also prepared one. There was an understandable difference in attitude towards India in Germany and Japan, and Netaji tried to cash in on this rift by again insisting on the publication of his own draft declaration. Ribbentrop, however, was interested in using him for Nazi propaganda, and for the invasion of Soviet Union. Netaji, as clever as he was, surely realized that he was in the wrong company in Berlin to achieve the right objective, and also that the world and future history would portray him as an ally of the hated fascist clique. He decided to leave for the Far East. Many historians assign his decision to the failure of Nazi invasion of the Soviet Union in 1942. In fact, he wanted to be nearer home when Japan decided to invade India so that he could be physically available to offer leadership to the people and the prisoners of war of Indian origin in South East Asia. ... 102 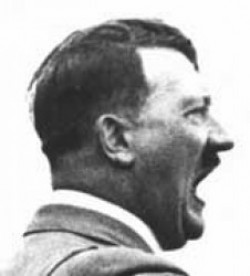 "Encounter with Hitler: It happened on May 29, 1942 at the Reich Chancellery. Though a few other ministers like Ribbentrop were present, Hitler was the sole actor at the show. He seemed to have been reasonably briefed in advance by his military intelligence on the internal situation in India. After an exchange of initial formalities, Hitler gave a long lecture on the world situation of the day. He spoke extensively on the Soviet threat to India once she was freed from the British, and euphorically boasted that for Germany, it is only possible to reach India over ‘the dead body of Russia’. It was more a ‘talking shop’ staged with racial hatred and national chauvinism, banal boasting and empty threats." 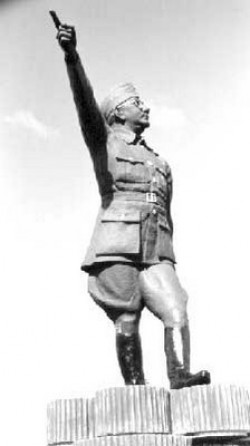 "Netaji" and Hitler discussed propaganda techniques, and the Indian nationalist advised that the Aryans openly declare their intentions for India. Hitler "proudly reiterated his well known ugly racist chauvinism against India. In his talk with Netaji, Hitler gave sufficient indications about his expansionist intentions towards India.... Possibly, at that juncture of history, there was no other alternative for him but to depend on the devil. Hitler did reassure Netaji that if and when German forces reached the Indian frontier, he would be invited to set foot on Indian soil in the company of German liberators to trigger ‘the revolution.’It was an empty promise and a cruel joke." 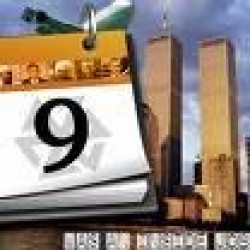 Bose was disillusioned and repulsed by Hitler, but he clung to the regime in Berlin. "Within certain limitations he was allowed to pursue his organizational work, and he was able to mobilize Indians living in Germany at the time under the banner of the Free India Centre (total members: 35) with an avowed allegiance to Netaji personally and not to India. It was granted diplomatic status with fabulous financial grants. One important activity of his in Germany was the formation of the first unit of what he thought would be the future Indian army recruited from the Indian prisoners of war from North Africa. In forming this he had the idea that: it would not be a part of the German military; it would be self sufficient; it would only fight against the British army on Indian soil and not on any other front or country; and, it could not be engaged at the German-Soviet front. But recruitment was very slow. Only 3,500, less than one third of the total Indian prisoners of war from North Africa, were recruited. They took an oath of allegiance to both Netaji and Hitler. This paved the way for using this Indian legion in other war fronts. Contrary to his wishes, after Netaji left Germany this legion was dispatched to Holland and France to perform various military duties.

"Even after deciding to leave Germany for the Far East, Netaji wasted one whole year in Berlin only to meet Hitler. He was held up by the Germans because they wanted to use him in the event of a German victory over

Russia. He was allowed to leave only after the German surrender in Stalingrad, and Hitler's secret plan for India fell apart. The long journey to the Far East was very dangerous. He boarded a German submarine (U Boat) on February 8, 1943 from Kiel with another Indian colleague, Abid Hassan, leaving behind his wife and only child, daughter Anita, and many well wishers in Germany." 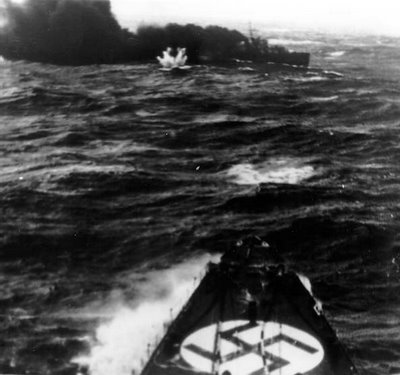 THE WORLD OF ILLUSION

All Power, each Tyrant, every Mob

Whose head has grown too large,

Ends by destroying its own job

And works its own discharge;

And Man, whose mere necessities

Move all things from his path,

Trembles meanwhile at their decrees,

And deprecates their wrath!