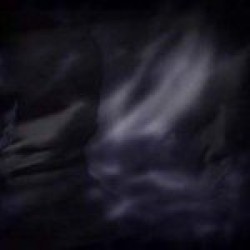 Contrary to claims by the flight controllers union at Blue Grass Airport, a single-engine plane never came close to taking off from the wrong runway in a November incident, the plane's pilot said yesterday.

"It was completely blown out of proportion," Indiana charter pilot Sam Williamson told the Herald-Leader. "The thing that was portrayed (by the controllers) DID NOT HAPPEN."

In an incident report to NASA's Air Safety Reporting System and interviews with reporters, members of the Lexington local of the National Air Traffic Controllers Association said that the charter plane turned onto the airport's shorter runway - the one from which Comair Flight 5191 took off in August before it crashed - and would have taken off had a controller not alerted Williamson.

Actually, Williamson says, he was angling his 1976 Piper Lance to see Runway 22, the 7,000-foot primary runway, and had never lined up for departure on the other runway, which he had to cross. Williamson said the angling might have confused the controller.

In the midnight darkness, he could not even see Runway 26, he said, making it absurd for him to try to take off from it. He said he never started a takeoff roll down the short runway."No way I would have turned into that blackness," Williamson said. "You don't taxi into a void. I have no idea why he even thought I was going to use that runway." 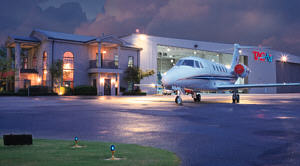 Union president Randy Harris said yesterday that union officials did not exaggerate the incident, saying their statements to reporters were based on the NASA report filed by a rank-and-file controller. Vice president Ken Bechtold said there has long been a problem with pilots lining up on the wrong runway at Blue Grass Airport. He said he caught two airplanes before the crash, but he, like most controllers, did not report the incidents.

"Maybe we needed to be more diligent filling reports out," he said.

Just this week, on Monday, a controller reported that a Lear jet turned onto Runway 26 (the shorter runway) but made "an immediate correction" onto Runway 22 after it was alerted it was on the wrong runway. Harris said the plane had NOT started its takeoff roll.

Bechtold said controllers have listened to the control tower tapes in the recent incident and "it could have gone 50-50" as to whether the plane would have taken off from Runway 26. ... 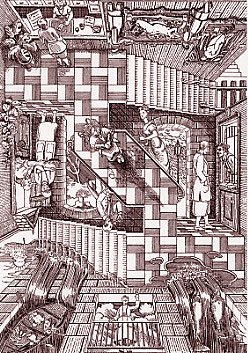 Yesterday, Brown said the union's version of the November incident "was dramatically different than what I understood the facts to be." That plane never rolled down the runway for takeoff, she said. She said the incident reports are "one person's perspective and not the whole story."

In a statement, Blue Grass Airport reiterated that the airport is safe.

"The layout of the two runways at Blue Grass Airport has not changed for decades and remains clear and straightforward," the airport said. "The taxiways leading to each are clearly marked."

Williamson, the pilot, said he thought nothing of the incident at the time and was surprised to read about it weeks later in news reports. He said it should not have been reported to NASA. He said controllers at Blue Grass were gun-shy right after the crash.

"They're edgy, and it just got their attention," he said. "I don't know what it looked like from up there" in the control tower.

The FAA and National Transportation Safety Board both interviewed him about the incident.

"They kind of CHUCKLED about it," Williamson said.