Houses of Von Braun Team May be Saved 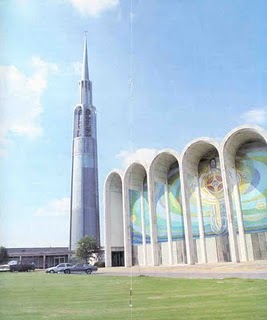 Huntsville’s space legacy is largely attributed the German scientists who came here under Dr. Wernher von Braun after World War II. They brought their rocket expertise along with cultural contributions that helped form the city’s symphony, a strong library system and the science-centered University of Alabama in Huntsville.

Only a handful of the original 117 so-called “Operation Paperclip” scientists are still alive. A push is on to get all their homes listed on the National Register of Historic Places. The designations could include plaques at each home along with placement on a heritage trail map for tourists. Proponents hope to go a step further by getting them approved for National Historic Landmark status. …

We’re not sure all 65 homes – more if others are identified – merit such attention. While the German scientists certainly played a huge role in building America’s space and missile superiority, so have thousands of other engineers and technicians, many who worked right alongside them in Redstone labs and NASA office cubicles. …

AIG Ordered to Pay Defrauded Investors $1.2b
May 22