Far-right radio "... Brought to you by the Ahmanson Fund, the Alfred P. Sloan Foundation, the Robert Wood Johnson Foundation ... "

National Public Radio's (NPR) Senior Foreign Correspondent Anne Garrels was assigned to Baghdad during the U.S. attack and occupation. I listened to some of her reports, without giving her work much thought one way or the other. Maybe you did, too.

Garrels has now written a book, and she's pimping it on all the NPR shows. On NPR's Fresh Air a few days ago, we learned that Garrels' husband, Vint Lawrence, who wrote portions of her book, is a "former" CIA agent.
From the archives —

Terry Gross, the host, didn't seem to know it, and didn't seem to think it was very newsworthy when it came out. She was fawning over — er, I mean interviewing Garrels and her husband, and asked Lawrence about his worries while his wife was in Baghdad during the bombing. Something about Lawrence's nonchalant answer made Gross follow up with, "So you've been in war zones too?"

"Yes," he replied, so Gross asked, in what capacity? Lawrence dryly explained that he had been a CIA agent, "and I sort of know what it's like to be in a rather dicey situation..." and the subject promptly changed.

Anne Garrels has been a reporter for 25 years. I have no idea whether she's a good reporter or a hack, or whether or how her husband's CIA connection might color her work as a reporter.

It simply seems to me like a tremendously pertinent potential conflict of interest, when Garrels is assigned to cover international conflicts. At the very least, shouldn't her husband's CIA work be mentioned as a disclaimer in every report she files?

Or is such a relationship so commonplace it merits no mention on the air?

... Prior to the US invasion of Iraq, the mainstream media's discounting of the size of antiwar protests as well as it's widespread mischaracterization of the character of those protests - in denial of the wide cultural demographic range of protestors that ranged far beyond the derogatory "60's serial protestor" stereotype - was especially telling. "...It was not as large as the organizers of the protest had predicted. They had said there would be 100,000 people here. I'd say there are fewer than 10,000" reported NPR's Nancy Marshall on the first of several large Washington D.C. anti-war protests. NPR later admitted the size of that protest to be 10-20 times the size of Marshall's estimate.

This sort of behavior is now quite normal, and the job of keeping up with the now routine mainstream media inaccuracy, distortion, selective omission (Newsweek's Michael Isikoff, fulminating against Michael Moore's F-9-11 ) , mischaracterization, and outright lies ( not to mention ex-post facto deletions and censorship - "Nightline's" curiously 'disappeared' May 6, 2004 show segment ) – would be a momumental one. ...

"... I remember hearing an interview 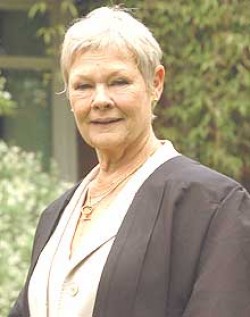 "Dame Judy on NPR before the invasion. She was going on and on about how anybody who believes Saddam is telling the truth about not having WMD's is just an idiot.

"What was so remarkable about the interview was that she had absolutely no reporter's "distance" or objectivity from her subject at all, not only what she said, but HOW she said it--her voice was just OOZING contempt for people who disagreed with her.

"She exuded a cocksure, patronizing tone that you just don't hear with professional journalists, who know that nothing can be proven true or false until AFTER all the facts have been gathered, and sometimes not even then either.

"[Judith] Miller just didn't ring true – she didn't sound like a Bernstein or a Ben Bradlee or an Edward R. Murrow or a David Broder. She sounded like a political hack."
-----------
ANNE GARRELS ON IRAQ (10-6-06): "... I keep wondering when am I going to wake up and realize that it is simply no longer doable, it's simply impossible. I anticipate one morning that I will wake up and say, okay, we've gotta get out of here now!" – Anne Garrels