HAVANA: Convalescing Cuban President Fidel Castro charged yesterday the release of classified CIA documents detailing past abuses was a smoke screen behind which the Bush administration hoped to hide even worse methods.

“I think that this action could be an attempt … to make people believe that these methods belong to another era and are no longer used,” Castro wrote in an editorial published by the communist country’s official media.
“Everything described in the documents is still being done, only in a more brutal manner around the entire planet, including an increasing number of illegal actions in the very US.”

The CIA declassified on Tuesday hundreds of pages of long-secret records that detailed some of the agency’s worst illegal abuses during about 25 years of overseas assassination attempts, domestic spying and kidnapping.

The documents are known in the CIA as the “Family Jewels” and some describe the agency’s efforts to persuade Johnny Roselli, believed to be a mobster, to help plot the assassination of Castro.

“Sunday is a good day to read what appears to be science fiction,” Castro began his three-page editorial, titled “The Killing Machine.”

He went on to quote extensively from material covering the attempt on his life, as well as a New York Times analysis of all the documents.

Cuba charges that Castro has been the target of hundreds of assassination attempts. The Cuban leader has said numerous times that President George W Bush has ordered him killed.

Castro also reiterated in detail his long-held belief that US President John F Kennedy, assassinated in 1963, was the victim of a plot involving elements of the CIA and militant anti-Castro Cuban exiles.

Castro, a master sharp-shooter with a telescopic rifle, insists Lee Harvey Oswald could not have been the only shooter in Dallas.

“You loose the target after every shot even if it is not moving and have to find it again in fractions of a second,” he said.

Castro has not been seen in public since undergoing emergency intestinal surgery in July last year, when he handed over power temporarily to his younger brother, Raul.

But the 80-year-old revolutionary has returned to public life since March by writing occasional articles, called “Reflections of the Commander in Chief.” He has been writing more frequently in recent weeks, fueling speculation that his health is improving. – Reuters 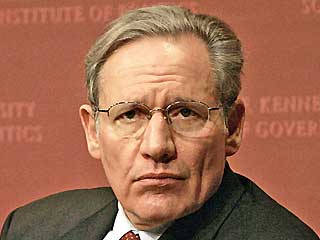