KBR must be accountable for Iraq deaths-US senators 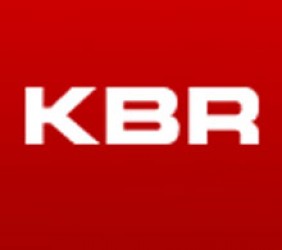 WASHINGTON, Jan 27 (Reuters) - U.S. lawmakers on Tuesday raised concerns about the U.S. military's increased use of private contractors in Iraq and Afghanistan, and said KBR (KBR.N) and other companies should be held accountable for the electrocution deaths of U.S. soldiers and other mistakes.

Democratic Sens. Robert Casey of Pennsylvania and Byron Dorgan of North Dakota said the Army recently told the mother of a U.S. soldier that her son's electrocution death in Iraq was not accidental, but a "negligent homicide" by contractor KBR and two of its supervisors.

"Soldiers have died. Someone needs to be accountable for that," Dorgan told a news conference, describing the Pentagon's use of contractors in Iraq a "huge mess."

KBR spokeswoman Heather Browne said the company's investigation had produced no evidence linking the company to the death of Staff Sgt. Ryan Maseth, who died from electrocution while taking a shower at his Baghdad base.

"KBR takes exception to the senators' assertion that we have been derelict in our duties to protect the troops," she said, pledging continued cooperation with the investigation.

Sen. Carl Levin, the Michigan Democrat who heads the Senate Armed Services Committee, repeatedly questioned Defense Secretary Robert Gates at a hearing Tuesday about the use of contractors to protect U.S. facilities in war zones.

Such work was "an inherently governmental function," he said. "It should not be performed by contractors." 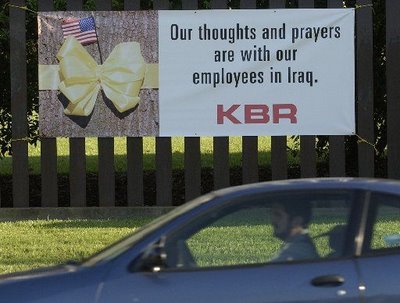 Gates told the committee the U.S. military would need to continue using private contractors to provide security in Afghanistan, at least until U.S. troop levels there increased.

But he said he was creating a supervisory structure to oversee the work of private contractors in Afghanistan, based on an oversight body built up in Iraq over the past year.

"We're trying to take the lessons learned out of Iraq over the last couple of years in terms of the lack of oversight, and transfer that to Afghanistan," Gates said, adding that a broad study was underway about the use of private contractors.

He declined to comment on a report in the Wall Street Journal on Tuesday which said U.S. troops had come into conflict with private security companies in Afghanistan, and some employees were taking orders from the Taliban.

Last month, five security guards who worked for North Carolina-based Blackwater, the largest security contractor in Iraq, were charged with killing 14 unarmed civilians and wounding 20 others in a 2007 shooting in Baghdad that outraged Iraqis and strained U.S.-Iraqi relations.

Gates did not address the electrocution death or the Blackwater incident directly. But he said the use of contractors "grew willy-nilly in Iraq after 2003."

"All of a sudden, we had a very large number of people over there and ... as became clear, inadequate capacity to monitor them," Gates told the committee.

Gates said the military also needed to decide what to do with large quantities of U.S. government-owned equipment now being operated by private contractors, particularly once the United States began drawing down its forces in Iraq.

"All of this is going to require a high level of supervision and I think we need to think pretty quickly and ... with some agility in the Department of Defense to make sure that we get this right," Gates said.

Dorgan and Casey said they asked Gates to meet with them and Cheryl Harris, Maseth's mother, after an Army investigator told Harris in a December email that two KBR employees and the company itself could be criminally liable for Maseth's death.