Is the Army Covering up KBR’s Poisoning of U.S. Soldiers? 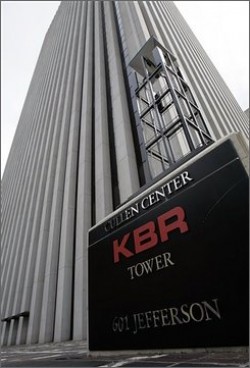 Two Senators are questioning the conclusions of an Army investigation into the exposure of hundreds of U.S. soldiers in Iraq to hexavalent chromium, a deadly cancer-causing poison made famous by the Academy Award-nominated film "Erin Brockovich."

The soldiers -- from West Virginia, South Carolina, Oregon and Indiana -- were assigned to guard the Qarmat Ali water treatment plant in Basrah following the 2003 U.S. invasion. The facility, which supplies water for use in the country's oil fields, was looted following the invasion and the chemical in the form of sodium dichromate used to prevent pipe corrosion was strewn around the facility and the grounds.

The project at Qarmat Ali was overseen by private contractor KBR, which at the time was still a subsidiary of Halliburton -- a Houston-based company headed until 2001 by former Vice President Dick Cheney. The company got the job under a no-bid contract worth billions of dollars.

According to briefings the Senators' staff received from the Army, KBR knew about the contamination by June 1, 2003 at the latest. But according to a letter [pdf] sent last week to Defense Secretary Robert Gates and Army Secretary Preston Geren by Sens. Byron Dorgan (D-N.D.) and Evan Bayh (D-Ind.), KBR:

* didn't notify the Army Corps of Engineers until July 25;

* didn't begin remediation until Aug. 11; and

"In fact," the letter states, "Indiana Army National Guard (INARNG) personnel were not even told of the exposure until they saw KBR employees using [personal protective equipment] at the site."

The Senators also say they believe the exposure may have been more severe and widespread than reported. ...