The transformation of Clarence Thomas, from 'Malcolm X devotee' to the US Supreme Court's most conservative judge Clarence Thomas, the second African-American ever appointed to the US Supreme Court, has become a key figure in Trump's America.

But he hasn't always been a leading figure on the right. In fact, he was once a radical leftist and Black Power activist.

Political scientist Corey Robin says Justice Thomas was once a "pretty dedicated black militant" and "a devotee of Malcolm X".

And according to Robin, who has studied hundreds of the justice's Supreme Court opinions, his conservative ideology is not entirely contradictory to his radical roots.

Clarence Thomas grew up in Savannah, Georgia in the 1950s, when racial segregation laws were still enforced. 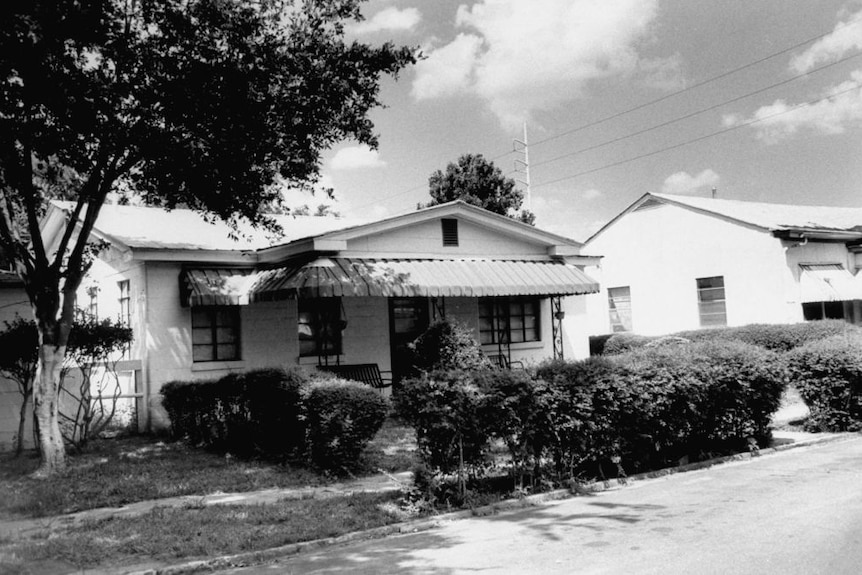 In college, he was swept up by the Black Power movement that radiated across the US in the 70s.

An active member in the Black Student Union, Thomas participated in sit-ins and marches for black rights and other left-wing causes.

Robin says Thomas was one of Malcolm's Children — the generation of black students who were influenced by Malcolm X and the Black Power movement.

"[He] could still recite them 20 years later once he had joined the Reagan administration in the 1980s."

Robin says this part of Thomas's history has been largely forgotten — overshadowed, for example, by the Anita Hill sexual harassment allegations of 1991. Anita Hill made allegations against Clarence Thomas during his confirmation hearings.(Getty: Bettmann)

"That's pretty much what people remember about Clarence Thomas in that time," Robin says.

Thomas — then a Supreme Court nominee — was promoted to the bench despite the allegations from his former colleague, which he vehemently denies to this day.

A 'long march to the right'

Thomas's dramatic rightward turn had begun years earlier with his acceptance at Yale Law School in the early 1970s.

His enrolment was assumed to have been helped by an affirmative action policy that decreed that 10 per cent of the incoming class would be students of colour.

Consequently, according to Robin, Thomas felt hostility and distrust from a predominantly white institution that discredited the merit of his admission.

"He doesn't deny that he was a beneficiary of affirmative action … but the fact that the sum total of his accomplishments are clouded by that has been something that has rankled him, and in part contributes to his opposition to these programs, which he thinks stigmatises the achievements of black people," Robin says.

It was at Yale that Thomas developed an understanding of racism as permanent and a belief that white people, whether northern liberal or southern conservative, are incurably racist.

"The north has always been a kind of lodestar for many African-Americans, as a place of freedom, [but] he comes north at a moment of great racial backlash," Robin says.

"He comes to feel like it's more of a betrayal, the racism he encounters from northern whites as opposed to the kind he was familiar with from southern whites."

As well as being a source of disillusionment, Robin believes Yale was where Thomas discovered conservative thinking.

In 1972 Thomas was touched by the kindness of a white student who had found and returned his lost wallet.

The student's name was John Bolton, now a formidable figure on the American right.

He would become Thomas' friend and ideological sparring partner. A few years later, in 1975, Thomas was given a book called Race and Economics, by influential black economist Thomas Sowell.

The book suggests that African-Americans are always going to be on losing end of any political struggle and that true freedom can only be found through capitalism.

"When he read this book, it was the culmination of a disillusionment with the left and [he] began his long march to the right," Robin says.

'He wants to change the way black people think'

By the time Thomas reached the Supreme Court in 1991 he had developed into an icon of black conservatism with a doctrine that has since informed rulings on between 100 and 150 cases a year.

That adds up to at least 3,000 rulings over his career.

Robin studied some 700 of Justice Thomas's opinions to glean insights into him, and later authored The Enigma of Clarence Thomas. His role on the bench, Robin says, has been defined by a mission to "explain to African-Americans, that there is very little that the government can do for them".

On the long-standing issue of voting rights, for instance, Thomas often votes against cases that would make voting more accessible to minorities.

"[He believes that African-Americans] should stop looking to politics in general as an avenue of social transformation," Robin says.

"One of the big reasons for his opposition to voting rights is his thinking that African-Americans have invested too much of their time, effort, hope and imagination in that kind of political activity."

Robin suggests that this combines his renowned conservatism with some of his earlier black nationalist thinking.

"There has always been a strain within the black nationalist tradition in the United States of scepticism about the possibilities of political involvement for black people," he says.

"There's a certain degree, you could argue, of consistency across time between his earlier days and his time on the court, on that particular position." Robin argues that there's a "consistency" between the Black Panther politics of Thomas' youth and his conservative outlook today.(Getty: MPI)

Robin believes another motivation behind Justice Thomas's voting patterns on the bench has been "to get African-Americans to look to the institutions of a capitalist economy" for their freedom.

"He thinks that black people can find these little spaces in the capitalist marketplace that will allow them to accumulate resources that will then benefit the black community," he says.

Ultimately, Robin suggests that Justice Thomas has long hoped to cultivate conservatism within the black community and break down its traditional allegiance to the Democrats.

"He wants to change the way black people think, to get them to see that they have everything to lose through their allegiance to the Democratic Party," he says.

A different kind of influence

Justice Thomas is a very conservative force on the Supreme Court; according to one measure he is the most conservative justice in 30 years.

But US politics expert David Smith says the hardline nature of Justice Thomas's rulings has limited his influence.

"His outermost position limits his influence, because it means he is almost never the decisive vote in split decisions," he says.

"In a court polarised between liberal and conservative, the most influential judges are the median judges who would be the crucial fifth vote for a majority decision." 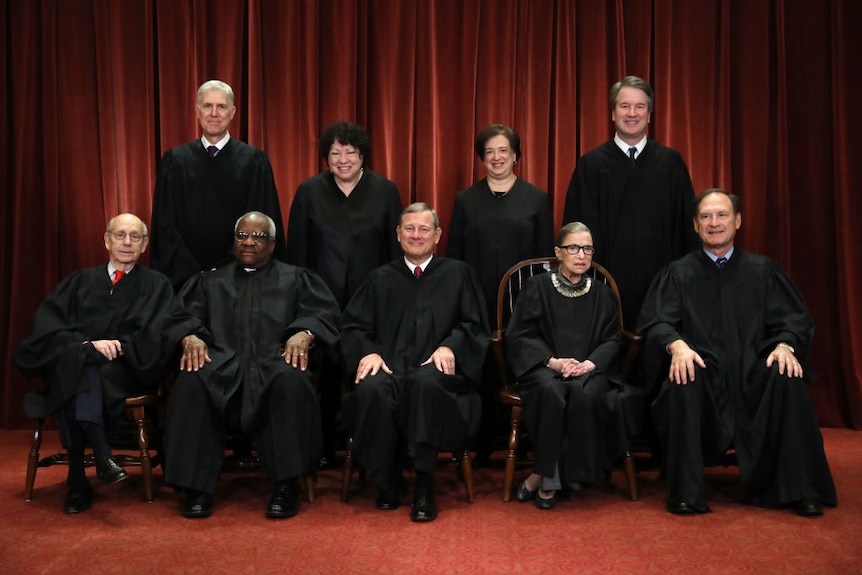 Clarence Thomas is the most conservative member of the Supreme Court today.(Getty: Chip Somodevilla)

And when it comes to public influence, Dr Smith says the reach of Supreme Court judges is limited.

"Especially when, like Thomas, they don't make speeches for TV cameras," he adds.

"Thomas is one of the quietest and most low-profile Supreme Court judges — he doesn't have a cult following like Scalia did or Ruth Bader Ginsburg does."

The polar opposite of Clarence Thomas might be Ruth Bader Ginsburg. Here's how she become a feminist hero and pop-culture icon.

Robin believes one of Justice Thomas's "greatest legacies" will be his clerks.

"Of all the current Supreme Court justices, Thomas has the most clerks who have since been appointed either to the Trump administration or are working in the White House," he says.

Many of Thomas' acolytes have played a role in defending some of the Trump administration's most controversial polices.

"They've been very active, they are very well trained, and they are true believers. These are people of conviction," Robin says.

Other former clerks have been appointed as judges in courts around the country.

"Trump has been appointing justices at a very rapid rate. I mean, it's one of the few areas of success that Trump has had," Robin says.

"Trump eventually will leave the White House and with that will go his people, but those judges … are there for life.

"And so that's going to be a real legacy that will be around."

Thomas has now served as a Supreme Court justice for 28 years.

At 71, he is still a spring chicken on a bench that includes Ruth Bader Ginsberg and Steven Bryer in their 80s.

If he stays on to his 80th birthday, the black-nationalist-radical-cum-hardline-conservative will be the longest serving Supreme Court judge in US history

Wife of Clarence Thomas Stepping Down from Far-Right Think Tank