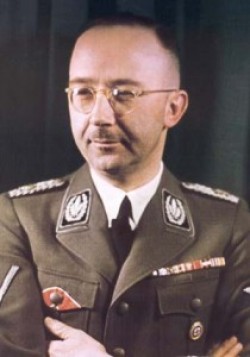 War crimes statutes were violated. End of "debate." Lock 'em up and bury the key at Abu Ghraib. - AC

I notice that a new leader has emerged from the grave to lead the Republican Party — Herr Heinrich Himmler, the former head of the German Gestapo. Himmler devised numerous “enhanced” interrogation techniques in order to make Germany safe from its opponents. Likewise the Republicans are defending the war criminal actions and policies of the Bush administration.

Clearly these activities violated both national and international law. All these persons responsible from the top to the bottom should be prosecuted for these violations.

Also, the FOX news network should lose its broadcast license for defending such shameful practices. It has used its stable of Republican shills to justify the heinous torture practices of the Bush administration.

Our country is fortunate to have a new president who will not tolerate such war criminal activity.