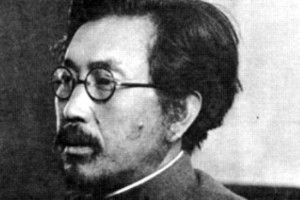 Shirō Ishii (石井 四郎, Ishii Shirō?, June 25, 1892 – October 9, 1959) was a Japanese microbiologist and the lieutenant general of Unit 731, a biological warfare unit of the Imperial Japanese Army responsible for human experimentation and war crimes during the Second Sino-Japanese War.

Ishii was born in the former Shibayama Village of Sanbu District in Chiba Prefecture, and studied medicine at Kyoto Imperial University. Although he was considered a selfish, pushy, and sometimes disturbed individual, he excelled in his studies,[citation needed] and in 1922 was assigned to the 1st Army Hospital and Army Medical School in Tokyo. There his work impressed his superiors enough to gain him, two years later, post-graduate medical schooling back at the Kyoto Imperial University.

Beginning in 1928, Ishii took a two-year tour of the West. In his travels, he did extensive research on the effects of biological warfare and chemical warfare developments from World War I onwards. It was a highly successful mission and helped win him the patronage of Sadao Araki, Minister of the Army.

In 1932, he began his preliminary experiments in biological warfare as a secret project for the Japanese military at Zhongma Fortress. In 1936, Unit 731 was formed. Ishii built a huge compound – more than 150 buildings over six square kilometers – outside the city of Harbin, China. The research was secret, and the cover story was that Unit 731 was engaged in water-purification work.

On 9 February 1939, Ishii gave a lecture on bacteriological warfare in the War Ministry Grand Conference Hall in Tokyo. One of the attendees was prince Yasuhito Chichibu,[1] Hirohito's (the 124th Emperor of Japan) brother, who also watched vivisection demonstrations by Ishii.[2]

From 1940, Ishii was appointed Chief of the Biological Warfare Section of the Kwantung Army, holding the post simultaneously with that of the Bacteriological Department of the Army Medical Academy.[3]

In 1942, Ishii began field tests of germ warfare agents developed, and various methods of dispersion (e.g. via firearms, bombs etc.) both on Chinese prisoners of war and operationally on battlefields and against civilians in Chinese cities. Some historians[citation needed] estimate that tens of thousands died as a result of the bio-weapons (including bubonic plague, cholera, anthrax and others) deployed. His unit also conducted physiological experiments on human subjects, including vivisections, forced abortions, and simulated strokes, heart attacks, frostbite and hypothermia.

In 1945, in the final days of the Pacific War and in the face of imminent defeat, Japanese troops blew up the headquarters of Unit 731 in order to destroy evidence of the research done there. As part of the cover-up, Ishii ordered 150 remaining subjects killed. More than ten thousand people,[4] from which around 600 every year were provided by the kempeitai,[5] were subjects of the experimentation conducted by Unit 731. These were called by Ishii and his peers maruta (丸太) "logs," a term originating either in the view of subjects as inert, expendable entities or possibly in the cover story told to locals that the facility contained a sawmill.[citation needed] I

Arrested by the US occupation authorities at the end of World War II, Ishii and other Unit 731 leaders were to be thoroughly interrogated by the Soviet authorities.[6] Instead Ishii and his team managed to negotiate and receive immunity in 1946 from war-crimes prosecution before the Tokyo tribunal in exchange for their full disclosure of germ warfare data based on human experimentation. Although the Soviet Russian authorities wished the prosecutions to take place, the USA objected after the reports of the investigating US microbiologists. Among these was Dr. Edwin Hill (Chief of Fort Detrick), whose report stated that the information was "absolutely invaluable", it "could never have been obtained in the USA because of scruples attached to experiments on humans", and "the information was obtained fairly cheaply".[7] On 6 May 1947, Douglas MacArthur wrote to Washington that "additional data, possibly some statements from Ishii probably can be obtained by informing Japanese involved that information will be retained in intelligence channels and will not be employed as 'War Crimes' evidence."[8] The deal was concluded in 1948.[citation needed] In this way Ishii was never prosecuted for any war crimes. According to Richard Drayton, a Cambridge University history lecturer, Ishii later moved to Maryland where he conducted research into bioweapons.[9] But according to Ishii's daughter Harumi, he stayed in Japan,[10] where he died of throat cancer at the age of 67.[11]

Important to remember that peru was a real fascist mess under Fujimori with 300,000 quecha women sterilized and Lori Berenson set up as a terrorist and put in jail for 20 years for her humen rights work there. NASTY, NASTY, NASTY!!
There are real parallels between the consciousness of this guy and others involved in this kind of work that dehumanizes the test subjects in very similar ways.

Wow this guy was, uhm, almost as bad as those CIA dudes…

The Story of General Willoughby / Weidenbach: Aug. 19, 1952 Article from The Reporter (NY)