WASHINGTON (Reuters) - Nearly 45,000 people die in the United States each year -- one every 12 minutes -- in large part because they lack health insurance and can not get good care, Harvard Medical School researchers found in an analysis released on Thursday.

"We're losing more Americans every day because of inaction ... than drunk driving and homicide combined," Dr. David Himmelstein, a co-author of the study and an associate professor of medicine at Harvard, said in an interview with Reuters.

Overall, researchers said American adults age 64 and younger who lack health insurance have a 40 percent higher risk of death than those who have coverage.

The findings come amid a fierce debate over Democrats' efforts to reform the nation's $2.5 trillion U.S. healthcare industry by expanding coverage and reducing healthcare costs.

President Barack Obama's has made the overhaul a top domestic policy priority, but his plan has been besieged by critics and slowed by intense political battles in Congress, with the insurance and healthcare industries fighting some parts of the plan.

The Harvard study, funded by a federal research grant, was published in the online edition of the American Journal of Public Health. It was released by Physicians for a National Health Program, which favors government-backed or "single-payer" health insurance.

An similar study in 1993 found those without insurance had a 25 percent greater risk of death, according to the Harvard group. The Institute of Medicine later used that data in its 2002 estimate showing about 18,000 people a year died because they lacked coverage.

Part of the increased risk now is due to the growing ranks of the uninsured, Himmelstein said. Roughly 46.3 million people in the United States lacked coverage in 2008, the U.S. Census Bureau reported last week, up from 45.7 million in 2007.

Another factor is that there are fewer places for the uninsured to get good care. Public hospitals and clinics are shuttering or scaling back across the country in cities like New Orleans, Detroit and others, he said.

http://abcnews.go.com/Health/wireStory?id=8606046
*****
" ... As the health care debate becomes increasingly polarized, as people's minds are poisoned with fearmongering and extremism, the people involved begin to look less like people. They carry guns and demand that it's time to water the tree of liberty; they laugh at the uninsured; they harass the disabled. ... " 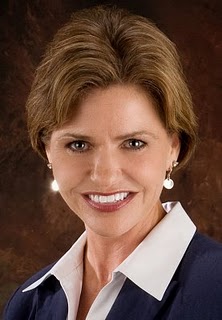 You know that things are getting bad when elected representatives laugh at the plight of their constituents.

At a town hall in Kansas, Republican Representative Lynn Jenkins fielded a question from a 27-year-old single mother named Elizabeth Smith: "Why can't I get an affordable [health care] option?" Jenkins had been deriding the public option as just another terrible government program and proposing that instead, the government give citizens money to buy insurance. In response to the young woman's question, Jenkins tried as best she could to stifle her laughter as she told Smith that she supported providing a tax credit so that Smith and others could "go be a grown-up and go buy the insurance." The apparently non-grown-up Smith is 27 years old, employed without health insurance benefits, and has a child who she says hasn't seen a doctor in nearly two years except for emergency room visits. Rep. Jenkins was not moved by this young woman's vivid example of living without health insurance, insisting more than once that a government-run public option was not the answer.

Lynn Jenkins is already in hot water; in an earlier town hall speech, she declared that Republicans were searching for the "great white hope." If you, like most, found this comment to be surprisingly racially charged, don't worry; her spokeswoman clarified the statement: her comment was not intended to reference any "race, creed or background... There's no doubt the Republican Party has gone through some dark and challenging times in recent years, but thankfully bright young leaders have stepped up to lead the party into the future and she hopes to be a part of it. That was the intent of her comments -- nothing more and nothing less. Congresswoman Jenkins apologizes for her choice of words." Right. ...

Republican National Committee Chairman Michael Steele found himself in the hot seat after ridiculing a woman at Howard University whose mother died of cancer. Steele was interrupted at the Howard University town hall by a young woman named Amanda Duzak, who called for all Americans to have "access to good health care." She offered the example of her mother, who died just six months earlier from cancer because she couldn't pay for her chemotherapy. Did Steele respond with compassion and empathy, as any decent human being would have? Of course not. Instead, he maliciously chastised her for shouting: "You can shout, and I can ignore you." He then accused her of just trying to get attention, saying, "it makes for great TV. You'll probably make it tonight. Enjoy it."

This is the same Michael Steele who defended the dignity and trustworthiness of the town-hallers just a month ago. He had this to say: "Instead of focusing on the fact that people are genuinely concerned about what is going on, this administration has the arrogance, the arrogance to look down at my mother, to look down at my co-worker." Steele held the Howard University meeting as a part of his "Freedom Tour," an attempt to spread his sad hip-hop politics into new arenas about the country. Howard University is one of America's most prestigious historically back colleges, as Salon.com's Alex Koppelman notes, but Steele's attempt to court young African Americans got off to an awkward start: "the first two rows [at the meeting] were filled in, just before the program began, by about two dozen mostly white College Republicans from other D.C. universities." Oops!

Callousness and heartlessness abound thus far, but this final story leaves the previous ones in the dust. A New Jersey news station got footage from a town hall held by Democratic Congressman Frank Pallone in a local middle school; the reporter noted that the crowd was so unruly, "a month from now, this kind of behavior will get everyone sent to the principal's office." He went on to say that an anti-reform heckler told Congressman Pallone that he should have been aborted. The worst part, though, was when the crowd insulted and booed a woman in a wheelchair. The woman said that she'd been diagnosed with two incurable autoimmune diseases, had to pay exorbitant prices for her prescription medications, and feared that she would lose her home because she didn't have the money for property taxes. When the reporter pressed one of the hecklers later for an admission of guilt for insulting the poor woman, all he could say was, "I don't know how a handicapped woman in a chair has more rights than I do."

As the health care debate becomes increasingly polarized, as people's minds are poisoned with fearmongering and extremism, the people involved begin to look less like people. They carry guns and demand that it's time to water the tree of liberty; they laugh at the uninsured; they harass the disabled. I fear the debate is no longer about providing affordable insurance plans to all Americans. Instead, it's about death panels and illegal immigrants getting free care, socialism taking over and euthanizing the elderly. It's about slitting our wrists to fight reform, and maintaining the status quo, regardless of the cost it forces the American people to shoulder.