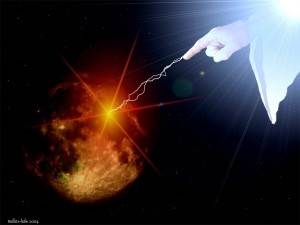 By Noel Brinkerhoff AllGov.com, April 12, 2012 If four of the losing Republican presidential candidates are telling the truth, then spiritual endorsement is not a sign of primary success. This week, Mitt Romney said goodbye to his last serious challenger to the GOP nomination. Rick Santorum pulled out of the race, even though his wife, Karen Santorum, said God wanted her husband to take on President Barack Obama. Karen Santorum was not the only Republican to speak of God’s support in the 2012 Republican primary. Anita Perry, wife of Governor Rick Perry of Texas, also said God called on her husband to go for it. Michele Bachmann said she received assurances from God about her campaign-related decisions to seek higher office, and one-time frontrunner Herman Cain claimed God was in his corner too. As Cain put it, “When I finally realized that it was God saying that this is what I needed to do, I was like Moses. ‘You’ve got the wrong man, Lord. Are you sure?’” http://www.allgov.com/Unusual_News/ViewNews/God_Endorsed_4_Losing_Republican_Presidential_Candidates_120412 -Noel Brinkerhoff

Whenever anti-christic candidates start saying that “GOD” told them to do something, you know you are in big trouble because that means either some nazi at the CIA is beaming microwave voices in their brain and the voices are misunderstood, or the devil got a hold of them. Every fascist in history recently that has said that has been in most every case sadly deceived and their actual political conduct proves it.