The Gates Foundation Tries to Defend Its Investment in Private Prisons

Do the ends justify means of extremely doubtful morality? That's the question immigration activists are asking the Gates Foundation today with a delivery of thousands of petitions in boxes. The foundation's investment arm, according to its 2012 tax returns, has invested $2.2 million in the GEO Group, the second largest private prison corporation in America.

Among other immigrant jails, the GEO Group runs the Northwest Detention Center in Tacoma, where immigrant detainees—many of them with no or modest criminal records—are imprisoned in substandard conditions that they've tried to protest through a hunger strike over the past month. Those immigrants have been threatened with force-feeding and isolation from the rest of the population for taking that stand. Congressman Adam Smith slammed conditions at the facility as "shocking" in an interview with The Stranger. And as I've written before, the company freely admits that decriminalizing drugs, lowering crime rates, and reforming immigration would harm its profit margins.

A coalition of groups, including Native American, Latino, immigration, and prison divestment activists, will offer 10,000 signed petitions in boxes to the foundation today at 12:30 demanding they divest from GEO. One of those groups, Enlace, previously led a partially-successful campaign to get Wells Fargo to divest from the company.

Gates Foundation spokesman Jonah Goldman called me this morning to defend the foundation's investments. First, he assured me, "The allegations [against GEO] are obviously deplorable. Everyone at the foundation is deeply committed to social justice and human rights." 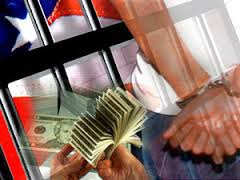 Then I got what I'm going to call philanthro-splained: "I understand the passion that people have for an injustice that they see. We understand that at the Foundation. But some of the lack of clarity in the criticism, is this understandably complex structure that we have where the foundation invests in life saving technologies, in US schools, in making sure people living with AIDS in Africa are less likely to die...The trust invests in a lot of things to make sure we have the most money we can have to do that job." He stressed that $2.2 million isn't a lot compared to the $36 billion the trust manages.

But it doesn't make sense to predicate any of your philanthropy on morally unsound investments, I pointed out. Goldman did some more philanthro-splaining: "The types of questions raised by these kinds of investments are things that philanthropies across the spectrum struggle with." Can I ask the Asset Trust directly about their investment in GEO? No, he said, the Asset Trust—of which Bill and Melinda Gates are the trustees—never speaks to the press (which might have something to do with its poor transparency rating).

Bill Gates has spoken out in favor of immigration reform before—Goldman described how the Microsoft founder believes "undocumented people are a class of people that we treat so poorly"—and Gates is a member of the blue-chip immigration reform advocacy group FWD.us started by Mark Zuckerberg.

Put your money where your mouth is, Bill. Investing million of dollars in a private prison firm whose business is built on filling bed quotas with immigrants is not how you change the world. You can sign the petition here.

Gates Foundation Ties with Monsanto under Fire from Activists

Arizona: Gov. Brewer Under Investigation for Ties to Private Prisons that could Benefit from SB 1070