Gates Foundation Ties with Monsanto under Fire from Activists 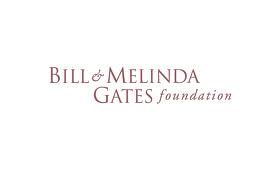 " ... The foundation bought 500,000 shares of [Monsanto] stock between April and June; on Friday, the total value was $27.6 million. ... Several foundation employees have ties to the company, including some in leadership positions. A number of the projects it has funded in Africa also work with the company. ... "

For two years, local activists on a shoestring budget have been trying to document connections between the Bill & Melinda Gates Foundation and Monsanto, the company vilified by some for its heavy involvement in genetic engineering of crops.

Try as they might, their work got little attention.

That all changed with the news, reported by The Wall Street Journal last week, that Monsanto was among the foundation's most recent portfolio investments. A filing with the Securities and Exchange Commission says the foundation bought 500,000 shares of the stock between April and June; on Friday, the total value was $27.6 million.

While the Monsanto investment is a tiny fraction of the foundation's $33 billion endowment, it loomed large among those involved in food issues. The news ricocheted around activist circles and has given the Seattle-based Community Alliance for Global Justice (CAGJ) a national platform.

Its AGRA Watch campaign has been quietly compiling Monsanto/foundation connections for two years. Several foundation employees have ties to the company, including some in leadership positions. A number of the projects it has funded in Africa also work with the company.

As news of the investment broke, national activist organizations started reaching out to the alliance, said Heather Day, CAGJ's director. The group will start "organizing on a national scale" next week with the help of the larger groups.

The foundation's investment in Monsanto was the "bad news that's good news" for their effort to get the foundation to "do the right thing," Day said. This week, 250 people sent postcards to the foundation asking it to cut ties to Monsanto and other biotech firms and shift its funding priorities "from industrial agriculture to socially and ecologically appropriate practices." The groups are also planning an online-petition drive.

Meanwhile, national groups plan to write the foundation outlining reasons why they need to break their ties with companies involved in developing bioengineered crops, Day said.

When asked about AGRA Watch, the Gates Foundation replied in e-mailed statements, and the spokeswoman declined to give her name. "We have met with representatives from AGRA Watch and a variety of other organizations with a broad range of views about agriculture in the developing world," a spokeswoman wrote Thursday. "We believe an open exchange of ideas is essential to tackling urgent global challenges."

Much of the foundation's work has avoided major controversy.

That changed when, four years ago, the foundation, along with the Rockefeller Foundation, created the Alliance for a Green Revolution in Africa (AGRA), aimed at alleviating hunger by boosting farm productivity.

The name itself gave some people pause. An earlier Green Revolution that started nearly 70 years ago had similar aims.

Some say that by introducing high-yield crop varieties it averted widespread famine in India and Mexico and helped those countries become more self-sufficient. Critics, on the other hand, say it led to lasting environmental damage and displaced small farmers, to the benefit of corporations that started up large-scale industrial operations.

The foundation announced it would fund projects that trained farmers and opened up new markets, as well as introduce new seed varieties. Initially, these would be conventionally bred seeds.

But over time, the work has been seen as increasingly tied to large-scale industrial agriculture and has pushed the use of genetically modified crops, critics say. For example, the foundation helped fund $37 million in grants to engineer crops to increase their vitamins and minerals.

Day believes the whole model is wrongheaded. "There's plenty of food being produced in the world," she said. "It's a matter of people being poor, and food not being distributed fairly.

"The Gates foundation is driven by an ideology based on technology," Day added. "Technology doesn't solve all problems."

The foundation counters that it has looked at the problem of hunger from all angles. Its strategy is based on "consultations with hundreds of people in the public and private sectors around the world, and we continually meet with scientists, development experts, policymakers, NGOs, farmers and stakeholders as part of our ongoing efforts," the spokeswoman said.

To Day and other activists, the foundation's connection with Monsanto makes the strategy all the more troubling.

The problem, Day believes, is that Monsanto owns the patent to the seeds, and farmers have to buy them from the company — along with millions of gallons of Roundup — year after year.

This model — and Monsanto — shouldn't be part of the foundation's vision for Africa, activists say.

"We're talking about some of the most impoverished people in the world," Day said. How are they going to afford all those seeds and chemicals?

"Our biggest concern is that the foundation is invested in Monsanto so they're looking for Monsanto to make a profit," said Travis English, of AGRA Watch. "What they're doing is opening up new markets in Africa for Monsanto to monopolize the seed market."

He sees it as a conflict of interest.

One philanthropy expert saw it differently.

Elise Lufkin, senior program director of Giving Assets Inc., a group that advocates socially responsible investing, said conflicts of interest usually arise when the programs a foundation funds are at cross purposes with companies in which they're invested — an environmental organization opposed to oil drilling whose endowment benefits from oil company stock, for example.

The Gates investment is not necessarily a conflict of interest if the foundation and Monsanto share the same goals.

Conflict or not, Day said the investment will be "the springboard for the national campaign to begin."