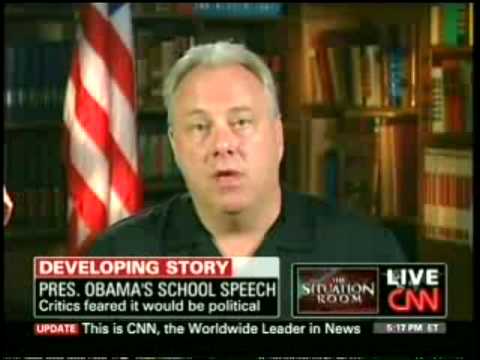 "... I apologize to the President for ... my efforts to placate the extremists who dominate [the Republican] Party today. ..."

Greer, now under indictment on fraud and money-laundering charges after being drummed out of the state party, also accused "many within the GOP" of having "racist views."

In September 2009, conservatives raised questions about the motives of president's back-to-school speech, which was beamed into many of the nation's classrooms. Greer was among them, charging that "taxpayer dollars are being used to spread President Obama's socialist ideology."

"While I support educating our children to respect both the office of the American President and the value of community service, I do not support using our children as tools to spread liberal propaganda," he said then in a statement that made waves around the country.

Greer is now apologizing for those comments.

"In the year since I issued a prepared statement regarding President Obama speaking to the nation's school children, I have learned a great deal about the party I so deeply loved and served," Greer said in a statement Tuesday to CNN and other media outlets.

"Unfortunately, I found that many within the GOP have racist views and I apologize to the President for my opposition to his speech last year and my efforts to placate the extremists who dominate our Party today. My children and I look forward to the President's speech."