Fodor's turns 75. But are guidebooks still relevant in a digital world? 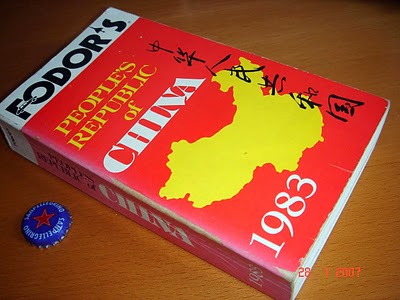 ... In commemoration of the series' diamond anniversary, Random House, which now publishes the guides, is re-issuing the original 1936 book as an e-book on Fodors.com.

Though it wasn't made public until 1974, Fodor also was a CIA operative during the Cold War and he acknowledged hiring other writers whose day job was spying.

Fodor died in 1991 at age 85, but remained involved in the company after it was bought by Random house in 1986.

"This was a man who had deep curiosity and loved travel," Fodor's Travel publisher Tim Jarrell told the Associated Press. "He was a strong advocate of tourism and travel because he felt that when you meet people from different cultures, it's extremely hard to start a war."

The key to the series' early success was that editions were updated annually, meaning that nuts-and-bolts information about hotels and restaurants could be included. But in an era of smart phone apps, e-readers and crowd-sourced websites, how relevant are traditional guidebooks? Do you still use them and if so, why?

Yeah they are, when the power goes out.