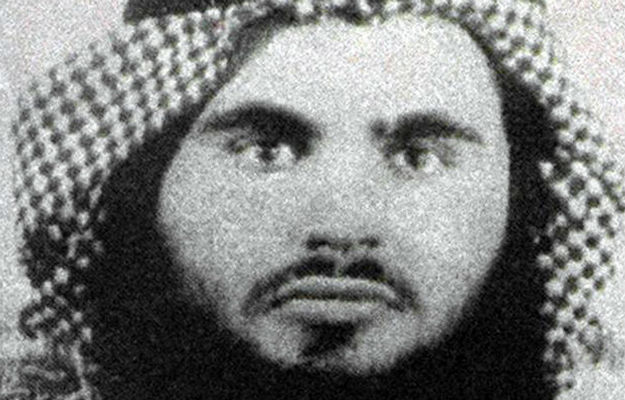 Photo: Abu Omar, kidnapped on a Milan street in February 2003 by the CIA

The official says she was used as a scapegoat following one of the Bush administration’s secret ‘extraordinary renditions.’

WASHINGTON — A former CIA officer has broken the U.S. silence around the 2003 abduction of a radical Islamist cleric in Italy, charging that the agency inflated the threat the preacher posed and that the United States then allowed Italy to prosecute her and other Americans to shield President George W. Bush and other U.S. officials from responsibility for approving the operation.

Confirming for the first time that she worked undercover for the CIA in Milan when the operation took place, Sabrina De Sousa provided new details about the “extraordinary rendition” that led to the only criminal prosecution stemming from the secret Bush administration rendition and detention program launched after the Sept. 11, 2001, terror attacks.

The cleric, Osama Mustapha Hassan Nasr, was snatched from a Milan street by a team of CIA operatives and flown to Egypt, where he was held for the better part of four years without charges and allegedly tortured. An Egyptian court in 2007 ruled that his imprisonment was “unfounded” and ordered him released.

Among the allegations made by De Sousa in a series of interviews with McClatchy:

* The former CIA station chief in Rome, Jeffrey Castelli, whom she called the mastermind of the operation, exaggerated Nasr’s terrorist threat to win approval for the rendition and misled his superiors that Italian military intelligence had agreed to the operation.

* Senior CIA officials, including then-CIA Director George Tenet, approved the operation even though there were doubts about Castelli’s case — Nasr wasn’t wanted in Egypt and wasn’t on the U.S. list of top al-Qaida terrorists.

* Condoleezza Rice, then the White House national security adviser, also had concerns about the case, especially what Italy would do if the CIA were caught, but she eventually agreed to it and recommended that Bush approve the abduction.

De Sousa said her assertions are based on classified CIA cables that she read before resigning from the agency in February 2009, as well as on Italian legal documents and Italian news reports. She denies that she was involved in the operation, though she acknowledges that she served as the interpreter for a CIA “snatch” team that visited Milan in 2002 to plan the abduction.

“I was being held accountable for decisions that someone else took and I wanted to see on what basis the decisions were made,” she said, explaining why she had delved into the CIA archives. “And especially because I was willing to talk to the Hill (Congress) about this because I knew that the CIA would not be upfront with them.”

De Sousa is one of only a handful of former CIA officers who’ve spoken openly about the secret renditions in which suspected terrorists overseas were abducted without legal proceedings and then interrogated by other nations’ security services.

More than 130 people were “rendered” in this way, according to a February 2013 study by the Open Society Justice Initiative, a U.S.-based group that promotes the rule of law. Many were tortured and abused, and many, including Nasr, were freed for lack of proof that they were hatching terrorist plots, said Amrit Singh, the study’s author.

Human rights groups and many legal experts denounce rendition as violating not only U.S. and international law, but also the laws of the nations where abductions occurred and of the countries to which suspected terrorists were sent. In December 2005, Rice defended renditions as legal, however, calling them a “vital tool” that predated the 9/11 attacks. She denied that the United State “transported anyone … to a country where we believe he or she will be tortured.”

The Bush and Obama administrations have never acknowledged U.S. involvement in the Nasr rendition, which makes De Sousa’s decision to speak publicly about it significant, Singh said.

“Any public account of what happened and who was ultimately responsible is of considerable interest,” she said. “Despite the scale of the human rights violations associated with the rendition program, the United States hasn’t held a single individual accountable.”

The CIA declined to comment, but a former senior U.S. intelligence official called De Sousa’s narrative “fairly consistent” with the recollections of other former CIA officials with knowledge of the operation. He asked not to be further identified because the matter remains classified.

De Sousa, 57, a naturalized U.S. citizen from India’s state of Goa, was one of 23 Americans convicted in absentia in 2009 by a Milan court for Nasr’s abduction. She received a five-year sentence. An appeals court in 2011 added two more years, and Italy’s Supreme Court upheld the sentence. Nineteen of the Americans, De Sousa said, “don’t exist,” because they were aliases used by the CIA snatch team.

The case drew fresh attention this month when Panama detained Robert Seldon Lady, the CIA’s former Milan station chief, whom the Italian court had sentenced to nine years in prison. But Panama released him within 24 hours and allowed him to fly to the United States, rather than wait for Italy to request his extradition.

Another convicted American, Air Force Col. Joseph Romano, who oversaw security at Aviano, the U.S. base from which Nasr was flown out of Italy, received a seven-year term. But Italian President Giorgio Napolitano pardoned him in April under U.S. pressure.

The Bush and the Obama administrations, however, have refused to ask Italy to do the same for De Sousa, who insists that she qualified for diplomatic immunity as a second secretary accredited to the U.S. Embassy in Rome.

“It’s always the minions of the federal government who are thrown under the bus by officials who consistently violate international law and sometimes domestic law and who are all immune from prosecution,” De Sousa said. “Their lives are fine. They’re making millions of dollars sitting on (corporate) boards.”

The Nicola Calipari Murder and Cover-Up