" ... Wealthy businessmen, among them James Hanes, the hosiery magnate, and Dr. Clarence Gamble, heir to the Procter & Gamble fortune, drove the eugenics movement. They helped form the Human Betterment League of North Carolina in 1947, and found a sympathetic bureaucrat in Wallace Kuralt, the father of the television journalist Charles Kuralt. A proponent of birth control in all forms, Mr. Kuralt used the program extensively when he was director of the Mecklenburg County welfare department from 1945 to 1972. That county had more sterilizations than any other in the state. ... " 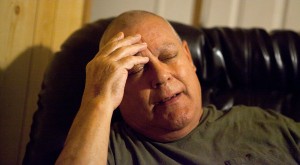 The Eugenics Board of North Carolina sterilized Charles Holt when he was a teenager.

LINWOOD, N.C. — Charles Holt, 62, spreads a cache of vintage government records across his trailer floor. They are the stark facts of his state-ordered sterilization.

A social worker convinced his mother it was for the best.

“We especially emphasized that it was a way of protecting Charles in case he were falsely accused of having fathered a child,” the social worker wrote to the board.

Now, along with scores of others selected for state sterilization — among them uneducated young girls who had been raped by older men, poor teenagers from large families, people with epilepsy and those deemed to be too “feeble-minded” to raise children — Mr. Holt is waiting to see what a state that had one of the country’s most aggressive eugenics programs will decide his fertility was worth.

Although North Carolina officially apologized in 2002 and legislators have pressed to compensate victims before, a task force appointed by Gov. Bev Perdue is again wrestling with the state’s obligation to the estimated 7,600 victims of its eugenics program.

The board operated from 1933 to 1977 as an experiment in genetic engineering once considered a legitimate way to keep welfare rolls small, stop poverty and improve the gene pool.

Thirty-one other states had eugenics programs. Virginia and California each sterilized more people than North Carolina. But no program was more aggressive.  Only North Carolina gave social workers the power to designate people for sterilization. They often relied on I.Q. tests like those done on Mr. Holt, whose scores reached 73. But for some victims who often spent more time picking cotton than in school, the I.Q. tests at the time were not necessarily accurate predictors of capability. For example, as an adult Mr. Holt held down three jobs at once, delivering newspapers, working at a grocery store and doing maintenance for a small city.

Wealthy businessmen, among them James Hanes, the hosiery magnate, and Dr. Clarence Gamble, heir to the Procter & Gamble fortune, drove the eugenics movement. They helped form the Human Betterment League of North Carolina in 1947, and found a sympathetic bureaucrat in Wallace Kuralt, the father of the television journalist Charles Kuralt.

A proponent of birth control in all forms, Mr. Kuralt used the program extensively when he was director of the Mecklenburg County welfare department from 1945 to 1972. That county had more sterilizations than any other in the state.

Over all, about 70 percent of the North Carolina operations took place after 1945, and many of them were on poor young women and racial minorities. Nonwhite minorities made up about 40 percent of those sterilized, and girls and women about 85 percent.  The program, while not specifically devised to target racial minorities, affected black Americans disproportionately because they were more often poor and uneducated and from large rural families.

“The state owes something to the victims,” said Governor Perdue, who campaigned on the issue.

But what? Her five-member task force has been meeting since May to try to determine what that might be. A final report is due in February. This week, the task force set some priorities. Money was the most important thing to offer victims, followed by mental health services.

How much to pay is a vexing question, and what North Carolina does will be closely watched by officials in other states. In a period of severe budget cuts and layoffs, money for eugenics victims can be a hard sell to legislators.

States began practicing eugenics in earnest in the United States in the 1920s and ’30s, driven by a philosophy of social engineering once so popular that President Woodrow Wilson, Justice Oliver Wendell Holmes Jr. of the Supreme Court and Margaret Sanger, the founder of Planned Parenthood, were ardent supporters. Before most of the programs were closed down, more than 60,000 people nationwide had been sterilized by state order. The reasons were chilling, reports from state records and interviews with survivors and researchers show.

There was a 14-year-old girl deemed low-performing and “oversexed” who came from a home with poor housekeeping standards. A man who raped his daughter at 12 signed her sterilization consent when she was 16 and pregnant. A mother of five was deemed to have a low I.Q.

Victims began filing a handful of lawsuits in the 1970s, but outrage has been slow to build. In 2002, The Winston-Salem Journal ran a series of articles on eugenics, prompting official apologies and initial legislative efforts aimed at compensating victims.

But nothing came of it until Governor Perdue, a Democrat, took up the cause. She has vowed to put money in the 2012 budget. The House speaker, Thom Tillis, a Republican, said in October that he, too, would work on a bill to compensate victims. But how much to include? Is $20,000 per victim, a figure suggested by some, enough?

“How can you quantify how much a baby is worth to people?” asked Charmaine Fuller Cooper, executive director of the North Carolina Justice for Sterilization Victims Foundation, which is financed by the state. “It’s not about quantifying the unborn child, it’s about the choices that were taken away.”

The issues go deeper than just a dollar amount. The task force has to decide whether money should go only to those living or to the estates of the dead, whether a tubal ligation is worth more than a vasectomy.

One variable is how many people will actually sign up to get the money. The state estimates that about 3,000 victims of state-mandated sterilizations may still be alive. Of those, 68 have been verified in state records. But not all sterilizations were done through the state board. Counties had programs, as did private doctors who were part of the eugenics movement. Those people will not qualify for state compensation, Ms. Fuller Cooper said.

Still, her office in Raleigh receives about 200 calls a month. People who suspect they were part of the state program must send her a notarized letter. Then, their names have to be found among eugenics board records stored in dozens of cardboard boxes in the basement of the state archives. People have died or moved or use different names. It is needle-in-a-haystack work.

Some critics of the effort say the state is not working hard enough. Victims and others argue that names in the archives could be matched to drivers’ records. But the state cannot just send letters to people’s houses suggesting they might have been sterilized against their will, Ms. Fuller Cooper said. Medical records are private. Husbands or adopted children could find out a long-buried secret. Old wounds could be laid open again.

Even people who call her office sometimes hang up abruptly when a spouse approaches, wanting to keep their terrible secret unless money is on the table.

“Until folks know what the state’s going to do, people aren’t going to take the risk and come forward,” she said.

One woman who submitted her name fears it will become public. In a recent interview in her small home in Lexington, N.C., she said she would be embarrassed if her co-workers at a local hospital knew her story. Now 62, she was adopted but sent to a state school at 7 because her parents thought she was mentally deficient. She remembers being told as a teenager that she was getting an appendectomy. When she was 27 and started having uterine trouble, a doctor requested her records and discovered that she had been sterilized in an operation that had been botched, her medical records show.

She went to her mother, who said she was going to tell her before she got married. Welfare would have ended if she had not consented, her mother said. She did marry, and her husband, who has since died, accepted the fact that they could not have children. Still, she was forever changed.

“I see people with babies and I think how much I would have loved to have a young one,” she said. “It should have been my choice whether I wanted to have a baby or not. You just feel like you were held back, like you never had any say in your life.”

Mr. Holt still remembers that October day. He thought he was getting an examination so he could leave the state home. He said he did not know he was giving up his chance to be a parent.

“The doctor told me I couldn’t go home unless I had an operation done,” said Mr. Holt, who was 19 at the time. “When I woke up I tried to walk, and I said: ‘This ain’t right. I don’t even remember them shaving me down there.’ ”

He went on to marry and divorce. Now recovering from a stroke and surviving on disability payments, he lives with relatives in a tidy trailer park in the middle of the state. He thinks maybe $30,000 would be enough. Others want more. Elaine Riddick, 57, who also lives in Atlanta, was sterilized in 1967. She was 14 and had gotten pregnant from a rape. Social workers persuaded her illiterate grandmother to sign the consent form with an X.

She has become the most vocal proponent of payment, suing the state for $1 million. Her case was appealed to the United States Supreme Court, which refused to hear it.

For Nial Ramirez, 65, who was sterilized at 18 after she gave birth to her daughter, no amount could make it right.

A social worker from the Washington County Department of Public Welfare suggested that she get sterilized. Mrs. Ramirez said she did not understand that the procedure was permanent and thought she had no choice.

“They told me that my brothers and sisters were going to be in the streets all because of you,” she said. “It’s either sign the paper or mama’s checks get cut off.”

In 1973, with the help of the American Civil Liberties Union, she became the first person to file a lawsuit against the state eugenics board. It ended with a $7,000 settlement from the doctor, she said. Now in a small apartment surrounded by the sound of the television and some of the 200 dolls she has collected through her lifetime, Ms. Ramirez remains angry. She does not want an apology, and she will not settle for the amounts being discussed.