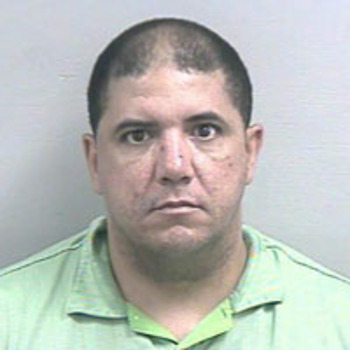 BRISTOL, Conn. — Jeremy Green, an analyst for ESPN and son of former NFL coach Dennis Green, has been arrested on a child pornography charge in Connecticut.

Bristol police say Green was picked up on Thursday around 5 p.m. in a Southington hotel and charged with possession of child pornography, possession of narcotics and possession of drug paraphernalia.

He was being held on a $750,000 bond. Police are not releasing details and say the warrant is sealed.

There was no telephone listing for Green at his address in Bristol, and it was not immediately clear whether he had a lawyer.

ESPN spokesman Mike Soltys says Green has worked since 2005 as a contributor to ESPN.com. The company had no immediate comment on the arrest.
---
UPDATE:

The news about former ESPN.com NFL analyst Jeremy Green becomes more and more bizarre and disturbing as the story unfolds, and it's appropriate to let our readers know that this story is not easy to take at times. Green, the son of ex-NFL head coach Dennis Green, was fired from the network after he was arrested on July 8 at a motel in Southington, Conn. on charges of first-degree possession of child pornography, possession of narcotics, and use of drug paraphernalia.

According to Hilda Munoz of the Hartford Courant, Green participated in an online chat with a woman with the screen name of "lendingmom12", shared sexually explicit photos and videos of a toddler, and told the woman he was chatting with that he "couldn't wait for her to bring her three children to Connecticut," according to the arrest affidavit, which was released to the public on Friday morning.

Green's internet activities were being tracked, presumably on whatever sites cater to that kind of talk, by a detective from the Taney County (Mo.) Sherriff's Department. The detective was the "lendingmom12" in question. Bristol, Conn., police (Bristol is the home of ESPN headquarters) were brought into the loop on July 2, and Green was arrested at a Holiday Inn Express after police tracked his activities from a nearby residence to the hotel. His girlfriend was also in the room, along with laptop computers, flash drives, and an unspecified amount of cocaine.

The flash drives and laptops (one of which was the property of ESPN) were examined by Hartford police, and multiple images of girls from ages 2 to 10 were found, according to the report.

Green is being held at Garner Correctional Institution in Newtown where he is on suicide watch, with a bond of $750,000. Green's public defender is trying to have his bail lowered, and Green will face his next court appearance on Aug. 31.