"Media claims that News Corp. promoted the pirating of its pay TV rivals are serious and any allegations of criminality should be referred to the police for investigation, the Australian government said Wednesday. ... " 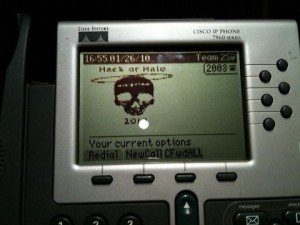 RUPERT MURDOCH'S TV media empire is being accused of corporate espionage, computer hacking and piracy in a campaign that allegedly destroyed a rival to the lucrative British satellite broadcaster BSkyB.

The cards have a microchip and pay-TV subscribers put them into a set-top box  to allow them to receive pay-TV channels. If pirated, they allow viewers to get  the channels  free and the pay-TV provider loses hundreds of millions in revenue.

Witnesses on Panorama alleged that NDS hired a top computer hacker  to crack the  codes of a rival company, ONdigital, which eventually collapsed  amid a bonanza of counterfeiting. This left the pay-TV field in Britain clear  for Sky, which is 39.1 per cent owned by News Corp.

News Corp almost wholly owned NDS at the time and Murdoch heir-apparent James  sat on its board. While there has been no claim that he knew anything about the alleged espionage, the accusations are likely to be considered by the British broadcasting regulator Ofcom as part of its present inquiry into whether News  Corp and James Murdoch pass the ''fit and proper'' test of suitability to run a  broadcaster.

The Ofcom investigation was set up in the wake of the scandal about phone-hacking and bribery allegations at News mastheads in London, The Sun and the now-defunct News of the World. This is the first time scandal has spread to the empire's vast television interests.

News Corp said in a statement  it fully accepted NDS's assurance  there had  been no wrongdoing. It added:  ''The United States Department of Justice, a  federal court jury and a federal appellate court have all rejected allegations …  that NDS was either responsible for TV piracy or for distributing codes to  facilitate piracy. Moreover, the United States Court ordered NDS's accuser to  pay $19 million to cover NDS's legal fees and costs.''

The Panorama program aired emails that apparently showed that the codes of ONdigital were first cracked by a hacker named Oliver Koermmerling. He  told the program he had been hired by NDS's head of UK security, Ray Adams.

Panorama alleged the codes were publicised by the world's biggest pirate website, the House of Ill Compute (THOIC).

Lee Gibling, who ran THOIC, said Mr Adams sent him the ONdigital codes so other pirates could use them to make thousands of counterfeit smartcards.

He said he was being paid £60,000 a year by Mr Adams and was given thousands more to buy computer equipment. The site had sent people  update codes: ''We wanted them to stay and keep on with ONdigital, flogging it until it  broke.''

ONdigital, later renamed ITV Digital, lost more than a £1 billion, and 1500 staff lost their jobs when it collapsed in 2002.

Mr Gibling said he and another employee later destroyed much of the computer evidence by smashing hard drives with a sledgehammer.

News Corp's lawyers, Allen & Overy, denied the claims even before the  program was aired. They told media organisations that the claims NDS ''has been  involved in illegal activities designed to cause the collapse of a business rival'' would be false and libellous and demanded they not be repeated.

NDS also issued emphatic denials: ''It is simply not true that NDS used the  THOIC website to sabotage the commercial interests of ONdigital/ITV digital or,  indeed, any rival.''

The company admitted Mr Gibling was in its pay but says it was using THOIC as a legitimate undercover device: ''NDS paid Lee Gibling for his expertise so  information from THOIC could be used to trap and catch hackers and  pirates.''

The company does not dispute that it got ONdigital's secret codes, which is not illegal, and that the material was passed on to Mr Adams.

Mr Adams has denied he ever had the codes.

MELBOURNE - (MarketWatch, 3-27-12) - Media claims that News Corp. promoted the pirating of its pay TV rivals are serious and any allegations of criminality should be referred to the police for investigation, the Australian government said Wednesday.

"These are serious allegations, and any allegations of criminal activity should be referred to the AFP (Australian Federal Police) for investigation," a spokeswoman for Communications Minister Stephen Conroy told Dow Jones Newswires.

A spokesman for News Corp.'s Australian unit, News Ltd., declined to comment immediately on the report.

News Corp., owner of Dow Jones & Co., the publisher of The Wall Street Journal, owns the Daily Telegraph and the Australian newspapers among other publications and media properties in Australia.