Drug Company Had Hit List for Doctors Who Criticized Them 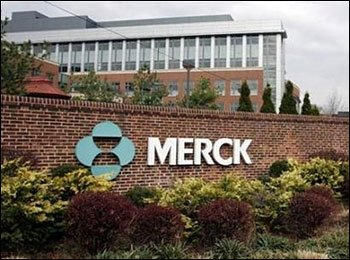 The international drug company Merck had a hit list of doctors who had to be "neutralized" or discredited because they had criticized the painkiller Vioxx, a now-withdrawn drug that the pharmaceutical giant produced.

Staff at the company emailed each other about the list of doctors. The email, which came out during a class-action suit against the drug company, included the words "neutralize," "neutralized" or "discredit" alongside some of the doctors' names.

The company is alleged to have used intimidation tactics against researchers, including dropping hints that the company would stop funding their institutions, and possibly even interfering with academic appointments.

"We may need to seek them out and destroy them where they live," a Merck employee wrote, according to an email excerpt read to the court.

It is not at all surprising that Merck would have been keeping tabs on doctors speaking out against their blockbuster drug Vioxx. But it is quite disturbing and makes you wonder just how far they would have gone to “neutralize” or “discredit” those physicians had Vioxx not been pulled from the market.

I was one of the very first doctors who openly criticized Vioxx a full year before it came on the market. Those who made it onto Merck’s “hit list” said they experienced instances of intimidation, including suggestions that Merck would stop funding the institution or interfere with academic appointments.

This clearly gets in the way of academic freedom, researchers’ ability to accurately report their findings, and doctors’ ability to speak out against a drug they believe is harmful. But then that is what Merck was after.

Adding to the issue, of course, is that this is probably not an isolated occurrence. Drug companies could be keeping any number of lists of people who are interfering with their ability to sell and make profits, and my guess is that they are at work “neutralizing” those people as we speak. In fact, I would bet on it.

Fortunately I did not have any funding from Merck, but there are strong suspicions that they and other drug giants fund organizations like Quackwatch that openly seek to discredit me and other natural health care professionals.

Drug companies have been hiring outside firms to purchase data on doctors from pharmacies since the mid-1990s. The reports let drug sales representatives see a doctor’s prescribing habits, among other things, which lets them know:

For example, if the report shows a doctor generally prescribes a drug’s competitor, they can prepare a sales pitch specifically to discredit the competing drug. Meanwhile, those doctors who do regularly prescribe their drugs would likely be singled out to receive some “incentives” to keep doing so. But it’s not only doctors who are being quietly influenced.

Congress and YOU are Being Influenced, Too

The pharmaceutical industry spent $1.5 billion lobbying Congress in the last decade, and in so doing has manipulated the government’s involvement with medicine and secondarily reinforced our dependence on them, through government policies.

Their relatively minor investments allow them to manipulate votes on key legislation that are highly favorable to their bottom line and almost always in conflict with your best interests.

At the same time, drug companies have also brought their drug ads directly into your living room -- on your television, in your magazines and over the Internet. The United States is one of only two countries that allows drug companies to advertise directly to patients (the other is New Zealand), and they are taking full advantage of it.

One study even found that if you mention seeing an ad for a particular drug to your doctor, you are five times more likely to be given a prescription for that drug!

How Else do Drug Companies Make Sure Their Products are Viewed Favorably?

The common thread here is that drug companies are willing to do just about anything to make you, and your physician, think their drugs are great -- quietly devising a hit list of doctors to silence, collecting secret reports on doctors, buying off Congress, advertising to you in your living room … and what else?

Across the board, drugmakers do an excellent job of publicizing the things they want you to know, while keeping very quiet about the rest. For instance it was recently revealed that drugmaker AstraZeneca “buried” unfavorable studies on its antipsychotic drug Seroquel that showed it may cause diabetes and other health problems.

They’re also well known for funding their own studies so they can have a say in how the results turn out. This isn’t just my opinion; it’s well known that studies funded by industry or conducted by researchers with industry ties tend to favor corporate interests.

Drug companies also shower money and other incentives onto medical schools and their professors, even prestigious schools like Harvard, to get medical students to jump on board with their way of thinking right from the start.

The way the drug companies operate is like a massively powerful, well-run, and well-oiled machine -- but it is not invincible.

As more people like you learn the truth about the drug companies, including that their primary motive is money, not your health, the sooner we will begin to see real positive change in the health care arena.