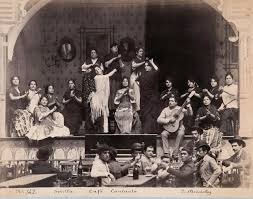 In 1956, courageous Hungarians revolted against the Soviet Union’s occupation of their country. The Kremlin brutally crushed the uprising, leaving thousands dead and the Hungarian prime minister executed. But the free world celebrated Hungary’s resolve to throw off the chains of Soviet authoritarianism.

It’s shocking to me, then, that Hungary has embraced authoritarianism by electing President Viktor Orban to a fourth term. Orban has clamped down on independent media, dissent, and his political opposition in a style modeled after every previous fascist dictator.

Maybe I shouldn’t be so surprised. This isn’t Hungary’s first fascist fandango.

It allied itself with the Axis powers during World War II only to see the beautiful city of Budapest bombed into rubble. You’d think that lesson would still be fresh in the minds of Hungarians, yet here’s the new fascist replacing the old fascists.

There was a time these radical right zealots at least paid lip service to America’s constitutional democracy. But by making Orban its paragon of political leadership, CPAC has unabashedly revealed its own fascist aspirations.

The dictionary definition of fascism: A political philosophy, movement, or regime that exalts nation and often race above the individual and that stands for centralized autocratic government headed by a dictatorial leader, severe economic and social regimentation, and forcible suppression of opposition.

Orban checks all those boxes. Here’s a taste of the red meat he tossed to his adoring CPAC audience:

“Progressive liberal, neo-Marxists dazed by the woke dream, people financed by George Soros and promoters of open societies…want to annihilate the Western way of life you and us (sic) love so much,” proclaimed Orban.

Soros was born in Hungary and as a child escaped extermination at the hands of the Nazis and the Hungarian fascist Arrow Cross. He is a frequent radical right target because he supports progressive causes. That the billionaire is also Jewish plays into the right’s anti-Semitic “puppet master” trope. One of the featured speakers last week, incidentally, was a Hungarian talk show host who calls Jews “stinking excrement."

“We must coordinate the movement of our troops as we face a big test, 2024 will be a decisive year,” Orban said. “(We must also) reconquer the institutions in Washington D.C. and Brussels (home of NATO and the European Union).”

More fascist fantasizing about taking by force that which they cannot democratically win - as in the infamous 1/6 MAGA insurrection.

Viktor Orban is a joke. He’s a puny man running a small country. Hungary has a population of about 10 million, roughly the same as Georgia. It’s GDP of $180 billion ranks 58th in the world. Its people are mostly homogenous, descended from, yes, Huns.

For CPAC to pretend Orban is anything but a tin pot tyrant is also a joke. Nothing he has to say is applicable to our multi-cultural, multi-racial, multi-religious, democratic republic of 330 million with a GDP of $21 trillion.

We’re a nation of immigrants and it is America’s diversity that helps make us the richest, most powerful country in the world.

The usual American radical right demagogues were in Budapest last week smoking their own exhaust and applauding Orban. But the star of the Hungarian’s show was Fox News’ resident white supremacist Tucker Swanson (as in TV dinners) McNear Carlson, who put in a video appearance to praise Orban. In return the fascist said Carlson and his ilk should spew their incendiary garbage “24/7.”

Night after night Carlson sows hate and fear, blathering on about the debunked “great replacement theory,” in which non-white, non-Christian immigrants are deliberately imported by Democrats to secure a voting advantage. But a day after a white 18-year-old domestic terrorist subscribing to his theory slaughtered 10 Black people at a supermarket in Buffalo, Carlson claimed he doesn’t know what the great replacement theory is, after pushing the lie on 400 shows.

I think it’s time for NATO and the EU to suspend Hungary until people there get their minds right. It’s also time for Carlson’s advertisers to abandon him. And shame on CPAC, which should be renamed the Fascist Political Action Committee.

As I remember my visit to the American Cemetery in Luxembourg where I saw row upon row of crosses and Stars of David, I wonder what our heroes who fought and died at the Battle of the Bulge would think of America’s radical right in 2022.

Kevin Foley is a public relations executive, writer and author who lives in Kennesaw. You can contact him through his website at kevinemmetfoley.com.
Login
0 Comments