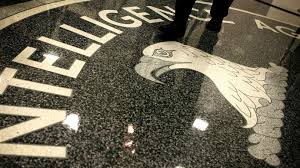 WASHINGTON – A “senior covert paramilitary officer” sued the CIA, claiming the agency has been harassing him with illegal electronic surveillance, prolonging its investigation into false accusations that he committed war crimes.

He describes himself in the brief lawsuit as “a senior covert paramilitary officer of the defendant Central Intelligence Agency.” In a footnote, he says: “Due to the covert status of the plaintiff neither his true name nor whereabouts can be revealed.”

Doe sued the CIA under the Administrative Procedures Act, claiming that the Office of Inspector General is drawing out its investigation in an effort to harass him.

Doe claims he is a former member of the U.S. Armed Forces and “was assigned and completed various tasks while deployed overseas for the CIA during the period of 2003 – 2011. This included, but was not limited to, offensive operations against individuals designated or viewed as enemies of the United States.”

Doe’s attorney Mark Zaid told Courthouse News that his client has been trained in countersurveillance, so he could detect the unlawful actions taken against him.

“The CIA officer, who has been trained in countersurveillance, has been able to identify numerous instances in which personnel, some of whom he actually recognized, were following him,” Zaid said in an interview. “In addition, his electronic systems, such as computers and cell phones, have been continually and aggressively attacked by hostile viruses and worms, and this occurs every time he purchases a new device.”

“An investigation was opened by the CIA’s OIG in or around 2010 – 2011. Upon learning of the investigation, John Doe requested that his attorney be granted the proper security clearance to that could discuss the allegations and receive appropriate legal device.

“A criminal inquiry was also opened and investigated by the Department of Justice. Without ever interviewing John Doe the matter was closed and prosecution was declined in or around 2011 – 2012. In connection with internal investigations of John Doe, CIA employees, either with or without authority, initiated physical and electronic surveillance of him, some of which were unlawful. The surveillance included harassment tactics undertaken by local law enforcement who were cooperating with the CIA. Other tactics involved corruption of electronic devices such as computers and cell phones. The Federal Bureau of Investigation opened an investigation into CIA’s activities involving John Doe.”

Doe claims that he offered to be interviewed by the CIA’s Office of Inspector General, but it never did interview him.

“In summer/fall 2012, an attorney for the CIA OIG informed John Doe’s attorney that he had pushed for the investigation to be closed and that there is no reason for the investigators to keep it open any longer,” Doe says in the complaint. He claims the agency knows it has nothing on him, but is “purposefully refusing to administratively close its investigation in order to discredit or otherwise cause harm to his career.”

He asks the court to order the CIA to complete and close its investigation in compliance with federal law. He also wants reasonable costs and attorney’s fees. 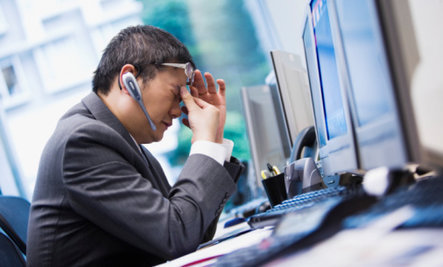