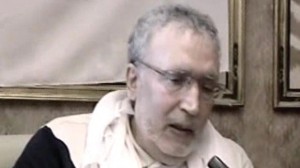 A Libyan man convicted of the Lockerbie bombing in 1988 may have suffered “a miscarriage of justice”, according to a Scottish authority that reviewed his case.

Its 820-page report, made public on the internet for the first time last Sunday, is the most significant official statement yet giving credibility to Abdelbaset Ali Mohmed Al Megrahi’s claim that he is innocent.

The Scottish Criminal Cases Review Commission cast doubts on the credibility of crucial evidence given by Sliema shopkeeper Tony Gauci, a key prosecution witness, who had identified Mr Megrahi as “the Libyan” who bought clothes from his shop.

After reviewing Mr Gauci’s confused testimony about the day when Mr Megrahi was supposed to have bought the clothes from his shop and the problems related with his identification of the man, the commission said it was of the opinion that “no reasonable trial court could have drawn the inference” that Mr Megrahi was the purchaser of the clothes.

The Pan-Am flight bombing over the Scottish town of Lockerbie in December 1988 killed 270 people and shards of clothing believed to have been in the suitcase containing the bomb were traced back to Mr Gauci’s shop, Mary’s House in Sliema.

The report was published online by the Scottish Sunday Herald after it obtained a copy of the extensive review.

Mr Gauci and his brother Paul initially refused to collaborate fully with the commission but then accepted to be interviewed in August 2006.

" ... The report states that several pieces of evidence were withheld in the case  against former Libyan intelligence officer Abdelbaset  al-Megrahi ... "

EDINBURGH, Scotland, March 27 (UPI) -- The  publication of documents related to the Lockerbie bomber narrows areas of  dispute better than a formal inquiry would, the Scottish first minister  said.

The report states that several pieces of evidence were withheld in the case  against former Libyan intelligence officer Abdelbaset  al-Megrahi, convicted of carrying out the 1998 bombing of Pan Am Flight 103  over Lockerbie, Scotland. The SCCRC said the trial could have had a different  outcome if the evidence had been available to the defense at trial.

Megrahi was released from prison by Scottish officials in August 2009 on  compassion grounds because of a terminal prostate cancer diagnosis. Megrahi said  in a December interview reported in The Guardian newspaper and other British  outlets that he's "an innocent man."

Scottish First Minister Alex  Salmond said he welcomed the publication, noting his government has been  "doing everything" to facilitate the release.

"While the report shows that there were six grounds on which it believed a  miscarriage of justice may have occurred, it also rejected 45 of the 48 grounds  submitted by Megrahi and in particular it upheld the forensic basis of the case  leading to Malta and to Libyan involvement," Salmond said in a statement.

A spokesman for Edinburgh was quoted by the BBC in September as saying it  decided that Megrahi acted as a member of the former regime's intelligence  service, adding he likely didn't act alone.