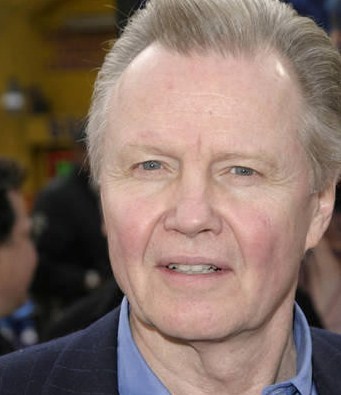 VOIGHT: My concerns for America

"We, as parents, are well aware of the importance of our teachers who teach and program our children. We also know how important it is for our children to play with good-thinking children growing up. ... "

John Voight, mind control expert: " ... The Democrats have targeted young people, knowing how easy it is to bring forth whatever is needed to program their minds. I know this process well. I was caught up in the hysteria during the Vietnam era, which was brought about through Marxist propaganda underlying the so-called peace movement. ... "

" ... The Democratic Party, in its quest for power, has managed a propaganda campaign with subliminal messages ... " 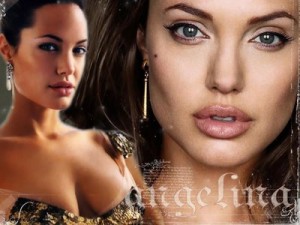 Angelina Jolie Speaks Out on her father, John Voight
July 28, 2008

"In a statement released to Access Hollywood, Jolie said, 'I don't want to make public the reasons for my bad relationship with my father. I will only say that like every child, [her brother, Jamie] and I would have loved to have had a warm and loving relationship with our dad. After all these years, I have determined that it is not healthy for me to be around my father, especially now that I am responsible for my own child.

"Voight, 63, said the difficult relationship with his daughter dated back to her youth. ... " 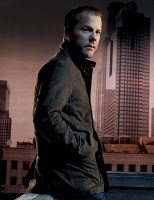 In his first series role in 40 years, Jon Voight has signed on for the upcoming seventh season of 24. On the Emmy-winning Fox drama, Voight will play Jack Bauer's (Kiefer Sutherland) uber-nemesis who is pulling the strings behind next season's terrorist threat. ...

After Roseanne Barr blasted Angelina Jolie and her father Jon Voight, the Midnight Cowboy actor responded to Barr via Extra. Here is Roseanne’s blog entry in case you missed it. Jon’s response is below:

Answer to Roseanne Barr’s Rant: We can never be surprised at what vile evil comes from the mouth of a confessed victim of child abuse at the hands of her own parents. Her parents responded to the accusation by going on the air and slating she is a psychopathic liar and her sister agreed.

Her defaming of our National Anthem in 1990 gave us insight into who she is and what she is capable of saying and doing. My allegiance to Senator McCain becomes stronger with any assault that tries to deter my loyalty to him.

I can only pray that good people see her for what she is (sick of mind).

- John Voight
•••
So Much for Hollywood's "Conservative Blacklist"

" ... Despite Hollywood's liberal bent - which Voight ascribes to guilt for making so much money for little work - the star of Midnight Cowboy and Deliverance says no moguls have given him any guff for backing a Republican [McCain]. ... "

Voight's political views started out liberal, and he supported both John F. Kennedy and George McGovern. During the Nixon administration, Voight actively protested against the Vietnam War. However, he wrote that he regrets his youthful anti-war activism in a July 28, 2008 op-ed piece in the Washington Times, calling it the result of "Marxist propaganda."

Voight appeared on Fox & Friends to endorse former NYC Mayor Rudy Giuliani for the 2008 Republican Party nomination. He attended a Giuliani campaign event and said New York City was transformed into a much safer, cleaner and more livable city.

He said "God sent an angel, his name was Rudy Giuliani."

In another interview in Miami with AventuraUSA.com, Voight said he first met Giuliani "years ago" at a movie premiere in New York City and the main reason for his support was Giuliani's public poise in the wake of the September 11 attacks. In the interview, Voight revealed he and then-Democratic candidate Hillary Clinton "are friends."

In March 2008, Voight appeared at a rally aboard the USS Midway in San Diego, California for the kick-off of the Vets for Freedom's National Heroes Tour. In an April 11, 2008 interview, on the Glenn Beck show, Voight stated that he is now supporting Republican Senator John McCain for President.

In May 2008, Voight paid a solidarity visit to Israel in honor of its 60th birthday. "I’m coming to salute, encourage and strengthen the people of Israel on this joyous 60th birthday," said Voight. “This week is about highlighting Israel as a moral beacon. At a time when its enemies threaten nuclear destruction, Israel heals." Voight visited Israeli victims of Palestinian rocket attacks in Sderot.

On July 28, 2008, he wrote an editorial in The Washington Times critical of then-Democratic presidential candidate Barack Obama.

In September 2008, Voight appeared in a video available on YouTube from the Republican National Convention admonishing viewers to support the American troops. Voight also provided the narration for a video biography of Alaska governor Sarah Palin, the Republican Vice-Presidential nominee, that appeared on John McCain's campaign website. He was a guest at the 2008 Republican National Convention. Voight also starred with fellow Republican actors Kelsey Grammer, Dennis Hopper, and James Woods in the conservative-leaning comedy film An American Carol, which opened on October 3, 2008. 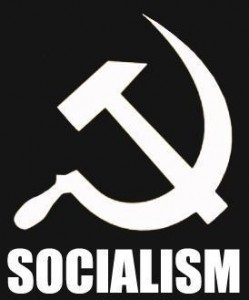 We, as parents, are well aware of the importance of our teachers who teach and program our children. We also know how important it is for our children to play with good-thinking children growing up.

Sen. Barack Obama has grown up with the teaching of very angry, militant white and black people: the Rev. Jeremiah Wright, Louis Farrakhan, William Ayers and Rev. Michael Pfleger. We cannot say we are not affected by teachers who are militant and angry. We know too well that we become like them, and Mr. Obama will run this country in their mindset.

The Democratic Party, in its quest for power, has managed a propaganda campaign with subliminal messages, creating a God-like figure in a man who falls short in every way. It seems to me that if Mr. Obama wins the presidential election, then Messrs. Farrakhan, Wright, Ayers and Pfleger will gain power for their need to demoralize this country and help create a socialist America.

The Democrats have targeted young people, knowing how easy it is to bring forth whatever is needed to program their minds. I know this process well. I was caught up in the hysteria during the Vietnam era, which was brought about through Marxist propaganda underlying the so-called peace movement. The radicals of that era were successful in giving the communists power to bring forth the killing fields and slaughter 2.5 million people in Cambodia and South Vietnam. Did they stop the war, or did they bring the war to those innocent people? In the end, they turned their backs on all the horror and suffering they helped create and walked away. 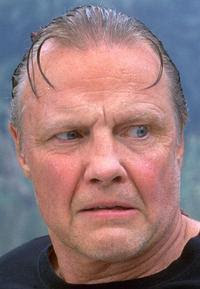 Those same leaders who were in the streets in the '60s are very powerful today in their work to bring down the Iraq war and to attack our president, and they have found their way into our schools. William Ayers is a good example of that.

Thank God, today, we have a strong generation of young soldiers who know exactly who they are and what they must do to protect our freedom and our democracy. And we have the leadership of Gen. David Petraeus, who has brought hope and stability to Iraq and prevented the terrorists from establishing a base in that country. Our soldiers are lifting us to an example of patriotism at a time when we've almost forgotten who we are and what is at stake.

If Mr. Obama had his way, he would have pulled our troops from Iraq years ago and initiated an unprecedented bloodbath, turning over that country to the barbarianism of our enemies. With what he has openly stated about his plans for our military, and his lack of understanding about the true nature of our enemies, there's not a cell in my body that can accept the idea that Mr. Obama can keep us safe from the terrorists around the world, and from Iran, which is making great strides toward getting the atomic bomb. And while a misleading portrait of Mr. Obama is being perpetrated by a media controlled by the Democrats, the Obama camp has sent out people to attack the greatness of Sen. John McCain, whose suffering and courage in a Hanoi prison camp is an American legend.

Gen. Wesley Clark, who himself has shame upon him, having been relieved of his command, has done their bidding and become a lying fool in his need to demean a fellow soldier and a true hero.

This is a perilous time, and more than ever, the world needs a united and strong America. If, God forbid, we live to see Mr. Obama president, we will live through a socialist era that America has not seen before, and our country will be weakened in every way.

Jon Voight is an Academy Award-winning actor who is well-known for his humanitarian work.

" ... The estranged father of Angelina Jolie said he was still hoping for a Giuliani win tonight, though he expressed regret at how the media was covering Florida as essentially a two-man race between Sen. John McCain, R-Ariz., and former Massachusetts Gov. Mitt Romney. He also said Giuliani had been picked on by Giuliani's enemies in the press ... "