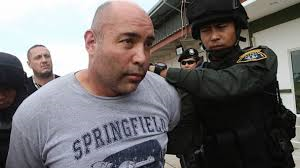 New York (CNN) — A former Army sergeant is facing conspiracy charges in a federal sting operation that focused on a team he allegedly supervised in what the team thought was international drug trafficking and planned killings, according to the U.S. attorney in Manhattan.

Hunter, along with Timothy Vamvakias, 42, an American who also served in the U.S. Army; Dennis Gogel, 27, a German national who served in the German armed forces; and two other men acted as the security team that surveyed the transportation of what they believed to be illegal drugs by Colombian dealers. The men acted as “contract killers” who planned to eliminate anyone who threatened the drug trade — including law enforcement agents, a press release from the U.S. attorney’s office said.

Specifically, authorities said in a Friday news release that the men planned an assassination in Liberia “for a six-figure payday,” targeting a U.S. Drug Enforcement Administration agent and a person purportedly cooperating with the DEA. The killings apparently never took place.

The story as spelled out in a federal indictment starts in early 2012 when Hunter believed he had made contact with Colombian drug traffickers.

Hunter recruited a team of four individuals to assist the “drug traffickers” he had met, collecting his alleged team members’ resumes via e-mail, the indictment said. Hunter told his men that they could expect to see “tons of cocaine and millions of dollars,” according to the indictment.

The men Hunter thought were Colombian traffickers “were in fact confidential sources for the DEA,” according to the indictment.

“Hunter spoke with the (confidential sources) about serving as the head of security for the … purported Colombian drug trafficking operation, and Hunter provided … resumes for the individuals he had selected as prospective members of the security team,” the indictment said.

From there, the indictment tells a complex story that Manhattan U.S. Attorney Preet Bharara compared to the work of a well-known spy novelist.

“The bone-chilling allegations in today’s Indictment read like they were ripped from the pages of a Tom Clancy novel,” Bharara said Friday. “The charges tell a tale of an international band of mercenary marksmen who enlisted their elite military training to serve as hired guns for evil ends.”

The indictment details how the defendants traveled to various countries in Asia, Africa and the Caribbean and met with the government’s confidential sources — apparently the same unidentified sources Hunter believed to be Colombian traffickers — as they allegedly discussed various criminal enterprises. The meetings were recorded by the informants, according to the indictment.

There are references to talks among the alleged team members about “bonus work,” which Hunter explained meant assassinations, the indictment said.

“Hunter explained that he had in fact previously committed acts of violence for pay — including, among other things, arranging for the murders of two female real estate agents,” the indictment said.

But the indictment did not elaborate on those purported killings or say where or when they supposedly took place.

Bharara said at a news conference Friday that those two killings claimed by Hunter in his talks occurred outside the United States and “there is corroboration for the allegations in the indictment.” He did not elaborate beyond that statement.

The group’s work with the confidential informants took them to Thailand, where in late March, according to the indictment, the team provided “counter-surveillance” to make sure local officials did not know about boats that were being loaded with what team members believed to be cocaine. A similar scenario played out in the Bahamas in late June, with the team — again working with the government’s informants — providing surveillance during the loading of an airplane with what they thought was cocaine, according to the indictment.

The alleged plan to kill a DEA agent and a “snitch” was elaborate, the indictment said, including meetings in multiple countries with the actual killing to take place in Liberia — chosen so their passports would not be stamped. According to the indictment, the men requested several guns, including submachine guns, pistols and silencers, as well as latex face masks that would make them appear to be of a different race.

Hunter was arrested in Thailand and was expected to arrive in New York on Friday evening. He is expected to appear before a U.S. magistrate judge in Manhattan federal court Saturday.

Vamvakias and Gogel, who also were arrested abroad, were brought to New York and were in court Thursday afternoon.

The two other men involved in the scheme were arrested on Wednesday in Estonia at the request of the United States.

According to the indictment, Hunter served in the U.S. Army from 1983 to 2004, attaining the rank of sergeant first class. He led multiple squads, served as a sniper instructor and trained soldiers in marksmanship 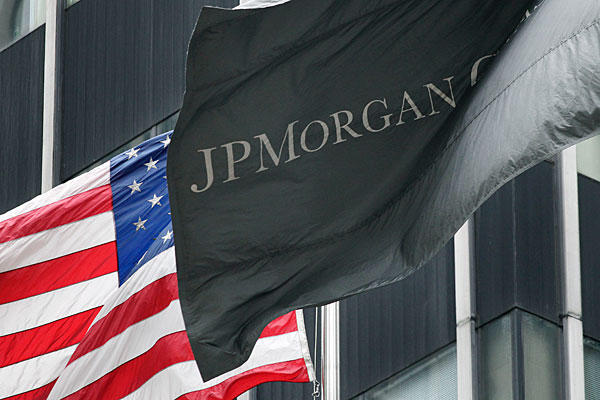