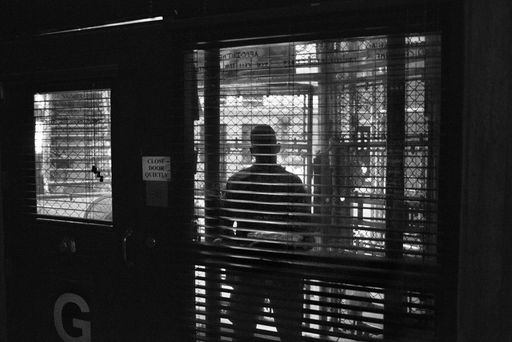 As a Senate committee moves to declassify a landmark report about the Central Intelligence Agency’s descent into torture, among the only certainties is that the public won’t see the vast majority of it.

The Senate select committee on intelligence has waged an unprecedented and acrimonious public battle with the CIA over a secret6,300-page investigation concluding torture was an ineffective intelligence-gathering technique and that the CIA lied about its value. On Thursday, the committee is slated to take a belated vote to make it public.

Or more precisely, it will vote to make a slice public. And the CIA will have a significant degree of influence over how large and how public that slice will be.

The committee is not going to release the 6,300-page report. Its chairwoman, Dianne Feinstein of California, said on the Senate floor three weeks ago that only the “findings, conclusions and the executive summary of the report” were the subject of the committee’s declassification efforts. The vast majority of the Senate report – effectively, an alternative post-9/11 history detailing of years’ worth of CIA torture and cover-up – will remain shielded from public view.

“The executive summary will tell us much more than we know right now about the CIA program but much less than the full report,” Katherine Hawkins, a former investigator with the Constitution Project’s own private inquiry on counterterrorism detentions.

“I hope this is the beginning of the declassification process, not the end.”

Nor, staffers concede, is the committee itself even sure of the exact procedure that will unfold if it votes to declassify part of the report, let alone how long it will take.

The outline is clear enough: the Obama administration will review the sections of the report for declassification, and then declassification of some aspects of the report will occur. The CIA is expected to play a major role in approving material for release, despite feuding with the committee about what it considers an unfair and inaccurate portrayal.

Steven Aftergood, an intelligence policy analyst at the Federation of American Scientists, considers the agency’s role a conflict of interest.

“They functionally control the declassification process, and they have an interest in how they as an agency are portrayed in the final product,” Aftergood said. “They’re not an impartial party, and that’s a flaw in the process.”

A CIA spokesman, Dean Boyd, said the agency still had not received a final copy of the Senate report and could not comment on its contents. But he indicated the agency’s support for its release – something the White House has committed itself to, at least for some sections.

“If portions of the report are submitted to the CIA for classification review, we’ll carry out the review expeditiously,” Boyd said.

National Security Council spokeswoman Caitlin Hayden declined to “speculate” in advance of the Senate vote on how long declassification would take. But she reaffirmed that Obama urges the committee “to complete the report and send it to us, so that we can declassify the findings and the American people can understand what happened in the past, and that can help guide us as we move forward”.

If public, the report would represent a milestone in reassessing what torture actually was, placing the stamp of officialdom on a narrative that has long been a dissenting view. 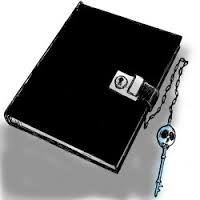 The CIA, the Bush administration and their congressional allies have long insisted that “enhanced interrogation” – the placement of detainees, among other treatments, in painful “stress positions”, limiting their caloric intake, depriving them of sleep and exposing them to extreme temperatures – was not torture. They further insist that the practice was crucial to obtaining otherwise unavailable and critical counterterrorism information from detainees.

“After years of investigation and scrutiny, I believe my actions were vindicated and, I must tell you, that judgment felt sweet,” Rodriguez wrotein his 2012 book, co-written with a senior aide to former CIA director George Tenet.

Rodriguez, however, destroyed nearly 100 videotapes detailing brutal interrogations – an act not disclosed to the Senate intelligence committee for years and one which led directly to the committee’s current inquiry, Feinstein revealed last month.

Yet behind the confident public pronouncements about the value of torture lay a significant body of evidence casting doubt on it. In 2004, the CIA’s inspector general secretly wrote that “measuring the effectiveness” of the techniques was “challenging” and their application was “inconsistent with the public policy positions that the United States has taken regarding human rights”. That and similar reports sparked a clashwith former CIA director Michael Hayden; the report was not partially declassified until 2009.

In February 2006, State Department adviser Philip Zelikow warned the Bush administration that waterboarding and other torture techniques “would be deemed wanton and unnecessary and would immediately fail to pass muster unless there was a strong state interest in using them. … And they can be barred even if there is a compelling state interest asserted to justify them.” Zelikow’s memo remained secret until 2012.

In 2009, former FBI interrogator Ali Soufan testified before a Senate panel that the torture of Abu Zubaydah, whose detention ushered in the legal and policy apparatus of post-9/11 abuse, was unnecessary and unfruitful. Soufan, who testified behind a wooden partition, would later cite sugarless cookies as one of his best interrogation tricks to coax information out of a member of al-Qaida.

Overturning years of public obfuscation is a laborious process, and it’s unlikely to happen this week, even if the Senate panel votes for partial declassification.

A cumbersome and bureaucratic process in normal circumstances, declassifying portions of the report is likely to involve multiple executive-branch agencies beyond the CIA, including the Justice Department. A joint House-Senate inquiry into the 9/11 attacks conducted in 2002 tookover six months to partially declassify.

Aftergood said he expected getting even portions of the report released to take “weeks, rather than months”. 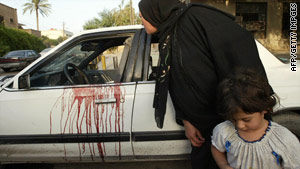