CIA-Sponsored Studies Program at U. of Texas Pan-American Opposed by Faculty

By Pamela Morales
The Pan-American (University of Texas Pan-American) | November 11, 2010

The CIA's presence on campus has been a hot topic among the College of Arts and Humanities faculty since 2006. But when the CoAH College Council went from discussing the Parking Lot B/B-1 dilemma to requesting a halt on funding for a program linked to the CIA in the College of Social Behavior and Sciences, there was elevated discourse.

"To me, this seemed to come out of the blue," said Fred Mann, a lecturer in the Communication Department and member of the CoAH College Council. "We were talking about parking for a long time…but we went solely from parking to CIA. I have no idea how they got to that topic…that's what surprised me."

The focal point of the situation is IGkNU, the Integrated Global Knowledge and Understanding Collaboration program that filters into Global Security Studies in the College of Social Behavior and Sciences. It is a 5-year external grant program now up for renewal, funded through the National Geospatial Agency. It is also part of the Office of the Director of National Intelligence, which is linked to the CIA.

This linkage has irked some CoAH faculty members, leading to a resolution passed recently to officially protest IGkNU's presence on campus. A similar resolution in 2006, which sought to keep the program off campus, failed.

David Carlson, assistant professor in the Department of History and Philosophy and member of the College Council, voted for opposition based on his research of the CIA's activities in Latin America.

"As a Latin Americanist," Carlson said, "I'm opposed to the presence of the CIA on a university campus because of my sense of the injury that the CIA has played in U.S.-Latin American relations."

Meanwhile Sandra Hansmann, principal investigator of the UTPA Intelligence Community Center of Academic Excellence, says she is concerned about the proposal. She notes that the center in question provides training and job opportunities for UTPA graduates.

"It is upsetting that some faculty members on this campus want to take away student opportunities due to their own personal opposition to one area of the ODNI," she said. "We hope that our university can continue to be a place of opportunity for students that is not damaged by faculty seeking to force their personal politics upon others." 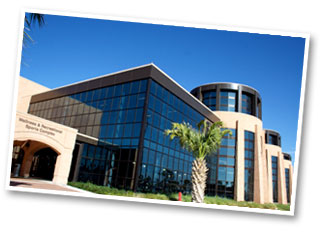 IGkNU was secured on campus through a vote passed by CSBS College Council during the 2005-2006 school year. Now, as the process to renew funding begins, faculty members who were not part of the council wrote a resolution opposing the renewal and brought it to the attention of the group at the Oct. 14 meeting.

Nine members in attendance voted unanimously on the resolution to oppose further ODNI funding, which has totaled $500,000 annually since 2006. Four members were not present at the meeting, including Mann, who says he did not know about the resolution until a couple of days later. Melynda Nuss, the chair-elect of the Council, noted the concern of faculty members over the issue, and therefore the council placed the item on the agenda for Oct. 14.

"If we think that these issues will interest enough faculty to be worthy of discussion," said Nuss, associate professor from the English Department, "we generally put them on our agenda. I can't think of any issue that we've turned down."

Mann suggests the resolution wasn't thoroughly vetted per the process, and he added that doing such things on a whim without the consensus of faculty is not very representative.

"I've spoken to some faculty that are not on the council," he said. "They're very upset. They feel like they were kind of brushed over and nobody really seemed to care…we're kind of like a mini-congress… and we can't ignore our departments."

The decision to make a vote on the resolution was based on the concern of faculty that by the time the generally lengthy Council process takes place, the funding issue will be decided.

"I can well appreciate that a College Council member, a representative, who wasn't able to make the meeting but who opposes the resolution would be concerned about that," Carlson said. "But there was a quorum, there were nine people there. It was enough to carry on the business of the College Council and the decision that was made, following parliamentary procedures."

Former President Blandina "Bambi" Cardenas brought along a model from her previous stop at University of Texas at San Antonio, requiring every college on campus to form College Council. The goal, beginning in 2005, was to give faculty the opportunity to govern issues within their own college. As part of the implementation, each college created bylaws that were then exercised the following school year, 2006-2007.

The mission statement of the CoAH College Council is stated in the College of Arts and Humanities College Governance Policy: the council is "an advisory body that serves as a public forum for systematic deliberations and consultation." Its process is explicitly derived from Robert's Rules of Order by General Henry M. Robert, and is overseen by Council Parliamentarian Carlson.

"It gets very complicated at times," Carlson said. "But we try to keep it simple: a motion is introduced; somebody seconds it, then there is discussion and debate, somebody calls the question then it's taken to a vote."

Two to three members, representing their department, bring up issues that are brought to the group's attention by colleagues, varying from faculty workload to parking lot re-zoning. The latter topic ignited the most debate this semester, as the lot most CoAH members use had been changed to "residents" instead of "reserved" status.

After an initial unanimous vote, the proposal was sent to the Faculty Senate for further university-wide discussion. At a meeting Nov. 3, the Senate opened its meeting with the resolution but a few Senate members motioned for its removal from the agenda and suggested a later debate on its merits. The College Council will hold another meeting, open to the public Nov. 16, at which the purpose of the resolution will be discussed.