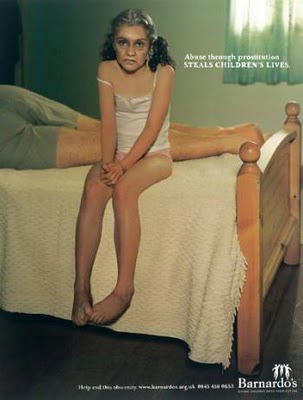 The economic rule of supply and demand drives the market for everything from toothpaste to sports cars.

It also drives the sexual exploitation of minors.

If adults weren’t interested in paying $120 or $200 to have sex with a child or teenager, girls and boys would not be peddled on the street by pimps.

“It’s basic supply and demand,” said Norma Hotaling, founder and executive director of San Francisco-based SAGE, or Standing Against Global Exploitation. Sexual exploitation is a multibillion-dollar industry worldwide, she said, “paid one dollar at a time by men who have decided to use their money, use their family’s income, to buy a human being.

Girls as young as 11 or 12 are increasingly being sold for sex on Oakland streets in what one law enforcement officer called “an epidemic.”

Sexual assault of a minor is a felony, punishable by long prison sentences. Hotaling said most of the johns she sees seem surprised to learn that buying sex from a minor is sexual assault.

Under contract with the San Francisco Police Department, SAGE runs a class for men arrested on a first offense of soliciting prostitution, from minors or adults. Police call it the “john school.”

“I teach a class of about 60 men every other month,” Hotaling said. “I look out at that class and see men of all types.”

They are rich and not so rich, in distinguished professions and in manual labor, young and old, from the suburbs and the city.

“Rich dudes,” said one 16-year-old. Another said she had a customer who was a judge. Both mentioned businessmen and lawyers as customers, and said some johns drive from the suburbs into Oakland.

The sheer number of men who come through Hotaling’s class is startling. Add it up, and she sees 360 men a year who have been arrested in San Francisco on first-time prostitution charges. That number does not include men who police determine are ineligible for the one-day class that is offered as a substitute for prosecution.

Hotaling teaches her students about the potential legal consequences of paying for sex with a minor.

“When I tell them what they are doing could be charged as a felony, that sexual assault of a minor is a felony, that really has an impact,” Hotaling said. “Their faces turn ashen.”

She also teaches the men about the damage they inflict on the young girls, how it ruins their lives and traumatizes them for decades to come. And she teaches them about sexually transmitted diseases.

John schools are now offered in 40 cities across the country. Oakland does not have a john school program in place.

The National Institute of Justice studied the effectiveness of the classes for a report released earlier this month. By studying the behavior and arrest record of 198 men who had taken the classes, the report found that participation reduced the number of men who reoffended by 35 percent.

“The study adds to the rapidly mounting evidence that prostitution and sex trafficking can be successfully fought by focusing on the demand for commercial sex,” the study concluded.

Michael Shivery, senior Associate of the Center on Crime, Drugs and Justice at Cambridge, Mass.-based Abt Associates, which conducted the study for the Institute, said the johns cite several reasons for turning to prostitution. The most common is that they have not found successful intimate relationships through “normal channels,” he said.

Some, however, are merely risk-takers, drawn by the illegal status of prostitution, he said.