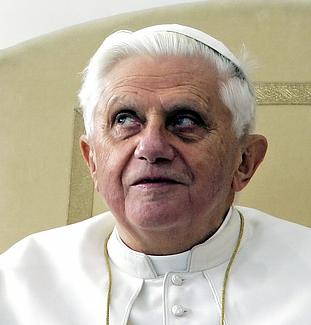 BERLIN - A breakaway ultra-conservative Catholic group ordered British bishop Richard Williamson not to speak in public or testify at his trial for denying the Holocaust, German media reported Thursday. The secretary general of the Saint Pius X Society, Father Christian Thouvenot, wrote to Williamson, a leading member of the group, telling him to stop giving interviews or communicating publicly, according to the daily Tagesspiegel, which obtained a copy of the letter.

Williamson's lawyer, Matthias Lossman, on Wednesday confirmed that the bishop, who lives in London, would not attend his trial which opens in the southern German city of Regensburg on Friday. The society told Williamson to "stop communicating by Internet, be it by blog, forum or via his web page," the Tagesspiegel said. He has also been ordered not to give interviews on general issues, and only to speak on matters of faith after obtaining permission from the society.

Williamson was fined 12,000 euros (S$22,473) earlier this year after giving a television interview in Germany in 2009 in which he argued that only "200,000 to 300,000 Jews perished in Nazi concentration camps" and denied there had ever been any gas chambers. A further trial was ordered after he refused to pay, although the Regensburg court does not require the bishop to be present.

Denying that the Holocaust took place, or questioning key elements, is illegal in Germany and Austria.

Williamson's comments prompted a rare comment on religious matters by German Chancelor Angela Merkel, who called on Pope Benedict XVI to "clarify unambiguously that there can be no denial" the Nazis killed six million Jews.

The pope has drawn strong criticism for reversing the excommunication of Williamson and three other bishops in the Saint Pius X Society.

The Pope, Eichmann and the Nazi 'Ratlines'