"... It is possible that Rome’s municipal authority may be dissolved because of Mafia connections, and put under the administration of an external commissioner. The political consequences of doing this, though, would probably be too much: internationally, it would certainly put the Italian government’s reputation in serious trouble. For this reason, and to save Mayor Marino’s seat, Renzi is trying to make the mayor appear 'clean' and heroic in a city of corruption...."

An excellent in-depth analysis on recent revelations in Italy about the connections in Rome between the Mafia, the far-right and local politicians, both left and right-wing.

There are many ways to begin the story of the 37 people arrested and the related police seizures which took place in Rome on 2 December.

You can begin from the right, from the left, from the extreme poverty of the refugees seeking shelter from the wars and other humanitarian crises in Africa and the Middle East, or from the incredible wealth of the entrepreneurial class in Rome.

You can start from the recent attacks instigated by the far-right against the centres for asylum seekers, or from the demonstrations by a larger grouping of the Roman right wing which have descended on the city’s squares to protest the degradation of the suburbs, or you can even begin from a novel, Romanzo Criminale by Giancarlo De Cataldo, in which one of the protagonists of these events is appropriately called the “Black”.

Perhaps more simply, you can begin with the main characters. 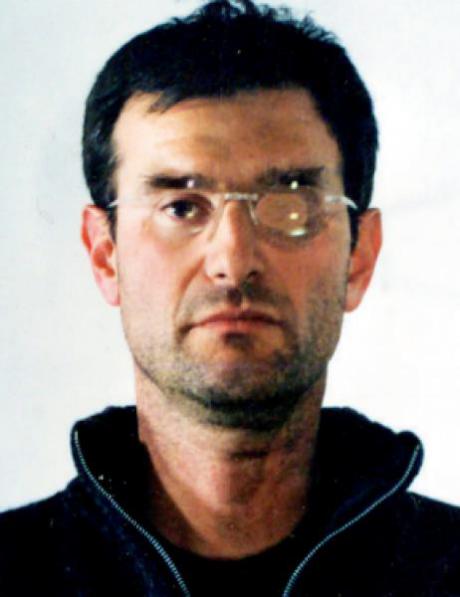 Massimo Carminati (left), the “Black” of De Cataldo’s novel, former militant of far-right Avanguardia Nazionale, and in the 1970s and 80s the connecting link between the NAR terrorist group and the Banda della Magliana, implicated in several murders, including those of left-wing activists Fausto and Iaio, killed in 1978, and the journalist Mino Pecorelli, and also in the investigation into the massacre of Bologna in 1980. His name appears, too, in the investigations into match-fixing that have rocked Italian football in recent years.

Having fled to Japan after being given a 10-year sentence for the crimes of the Banda della Magliana, Carminati returned to Rome soon afterwards to resume his place among the entrepreneurs, mafiosi, politicians and members of the secret service. His position in the Roman underworld may help to explain why the numerous investigations and trials have never had any serious consequences for him.

According to findings emerging from the recent arrests, Carminati is at the very top of the pile in the very powerful Roman Mafia network from which goods worth more than €200m were seized, just in the 2 December raid. When Gianni Alemanno was mayor, this Mafia was part of the institutional furniture, according to the investigations. Alemanno was already in the headlines for placing several prominent Roman individuals from the far-right in the public administration’s higher echelons, and for favouring cronies when letting contracts and running public businesses in the city.

Rome is no longer run by Alemanno and the right but by Ignazio Marino, from the centre-left. This change, though, did not worry Carminati and his organisation at all as a second character has come on stage.

That person is Salvatore Buzzi, boss of the 29 June “red” cooperative. Found guilty of murder during the 80s, he turned to study in prison and is the first prisoner to have gained a degree whilst inside Rebibbia jail. He lobbies for prison reform and is applauded by the left for this. After serving his sentence, he founded a cooperative which employs ex-prisoners and which quickly started to win public contracts. The 29 June coop declared revenues of €59m in 2013. It has some powerful friends.

Money for the 29 June cooperative comes from restoration work and refuse collection but also from managing Roma camps and centres for political refugees. These contracts were awarded thanks to bi-partisan political connections, through Carminati.

Among these connections is Luca Odevaine, head of the administrative office of another former mayor of Rome (and also first secretary of the Democratic Party), Walter Veltroni. Today, Odevaine is the national manager for the reception of asylum seekers by the Ministry of the Interior. He is also directly involved in the management of CARA, a very large centre in Mineo (Sicily )where asylum seekers arriving in Lampedusa are temporarily “housed” before being sent elsewhere. Thanks to this position, Odevaine was able, in his own words, “to guide flows” of refugees towards centres managed by friendly cooperatives, in exchange for large amounts of money. In a wiretapped conversation, Buzzi remarks that he pays Odevaine a salary of €5,000 a month for this “service”.

This service, however, is highly profitable. In assisting people from Libya and Tunisia (the so-called “North African Emergency”), the Italian state has currently spent €1.3bn. In Rome, this incredibly rich cake is shared between Buzzi’s “red” cooperative and the Catholic network Arciconfraternita (linked to Comunione e Liberazione), already well-known for exploiting asylum seekers. One of Arciconfraternita’s cooperatives was accused by Save the Children of taking large numbers of adults into its centres for minors, without any concern for overcrowding or security, in order to inflate proceeds. In one of these centres, groups of 10 refugees were forced to live in apartments of 35 square meters, each apartment producing profits of €12,000 a month for the cooperative.

This business is more profitable when minors are exploited. The cooperatives receive about €50 a day for every asylum seeker under 18, and €35 for every adult. The inquiry indicates that minors were the most profitable for Buzzi and company, together with the management of Roma camps. In Rome 5,000 Roma people live in institutional camps, towards which tens of millions of euro flow every year.

Given the precedents, it is hard to imagine that any of the names involved in this investigation will pay a high price for their crimes. Rome is the richest city in Italy, where almost half of Italian millionaires live. What is emerging from the investigations, if nothing else, does help to understand the sources of some of the river of money that flows through the Italian capital. It also raises questions about the recent assaults by Rome’s far-right political forces against a centre for child asylum seekers in the suburb of Tor Sapienza.

On December 3, the leadership of Rome’s Democratic Party was reset by Prime Minister Renzi. Many high profile members of the party, in addition to Odevaine, appear to be involved in this case: both Tommaso Michea (president of the Democratic Party in Rome) and Lionello Cosentino (party secretary in Rome) have received votes thanks to their friendship with Buzzi, according to what Buzzi himself said in a wiretapped conversation.

It is possible that Rome’s municipal authority may be dissolved because of Mafia connections, and put under the administration of an external commissioner. The political consequences of doing this, though, would probably be too much: internationally, it would certainly put the Italian government’s reputation in serious trouble. For this reason, and to save Mayor Marino’s seat, Renzi is trying to make the mayor appear “clean” and heroic in a city of corruption.

Lazio’s regional president, Nicola Zingaretti (Democratic Party), has suspended all subcontracts that could have been influenced by the Mafia. It appears that Buzzi and Carminati’s “man of trust” in the regional council was Luca Gramazio, from Berlusconi’s party Forza Italia. It seems that the next step of the investigations will be directly towards the regional administration.