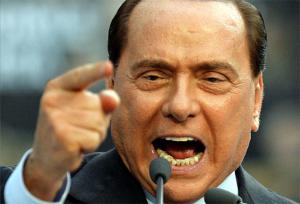 A controversial law granting Italian Prime Minister Silvio Berlusconi legal immunity has been dramatically thrown out by the country’s top court, raising the likelihood that the media mogul will again face prosecution on corruption charges.

As the political pressure mounted last night, the 73-year-old premier lambasted the Constitutional Court judges as “red toga-wearing tools of the left” and vowed not to quit, despite predictions by opponents that the ruling could force him to resign and hold a snap election. “We must govern for five years, with or without the law,” Mr Berlusconi told reporters outside his residence in Rome.

“I’ll take time out from taking care of state business to go and make liars of them all. These things fire me up, they fire Italians up. Long live Italy, long live Berlusconi!”