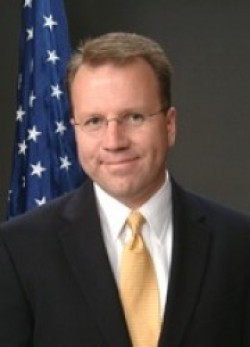 California Republican Party Chairman Ron Nehring faced sharp criticism Monday in the wake of the state GOP’s immigration scandal involving its former top financial officer who resigned Sunday after news surfaced of his battle with U.S. immigration authorities to remain in the country.

Christensen’s appointment came after Michael Kamburowski, 35, an Australian native, resigned as the state party’s chief operating officer. The Chronicle reported Sunday that Kamburowski was ordered deported in 2001, later was jailed for visa violations and responded by suing the U.S. Department of Homeland Security for $5 million for wrongful arrest.

Kamburowski was handpicked this spring for the top party finance job by Nehring, who became state Republican Party chief in February. The two worked together in the 1990s in Washington, D.C., for an organization run by conservative activist Grover Norquist. 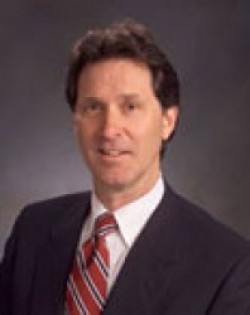 Tim Morgan, current treasurer of the Republican National Committee, was the lone holdout among the California GOP’s board of directors when it voted 19-1 last March to go along with Nehring’s strong recommendation to hire Kamburowski.

“I was never so proud of that lonely vote,” said Morgan, who said he expressed strong displeasure with Nehring’s move to hire a virtual unknown in California politics without a full executive search and vetting.

Nehring declined comment Monday about how he decided to hire Kamburowski or whether he had vetted the Australian citizen — who has never worked in a California political campaign and whose resume shows no employment history from 2000 to 2006.

“Michael Kamburowski was hired by the board of directors and voted on by the board of directors,” said Hector Barajas, the GOP spokesman. “Mr. Nehring had no prior knowledge of the deportation or immigration issues.”
Barajas said state party officials consider the hiring and resignation to be a personnel matter and plan a nationwide search for the next executive to assume control of party finances.

Kamburowski and his attorney said he is a legal, permanent resident. Speaking to The Chronicle on Saturday, Kamburowski declined to talk about his past immigration troubles — including a 2001 deportation order and 2004 arrest on visa violations — citing his pending suit.

Kamburowski’s attorney, Michael DiRaimondo, said his client challenged the government’s deportation order, and an immigration court overturned it.
In 2005, Kamburowski sued Homeland Security officials seeking $5 million in damages for “severe emotional stress and embarrassment” and loss of his job, alleging wrongful arrest and imprisonment — a charge the government denies, in U.S. District Court in New York.

The Republican Party’s effort to quickly move on and hire a new chief operating officer might not ease the pressure on Nehring. Some Republicans said the controversy threatens to hurt the state GOP’s financial operations in the run-up to the 2008 presidential election.

“I have talked to a number of money people, and they have told me as long as Nehring stays chairman, they will not give a dime,” said Raoul Lowery Contreras, a Southern California GOP activist who writes the CalNews.com blog and has called for Nehring’s resignation. “It’s a huge concern.”

With Congress embroiled in a national debate on immigration legislation, the news that top California Republican Party officials had been involved in two questionable immigration-related hires concerned party activists.
“It’s a problem under any circumstances, but in the middle of a highly charged debate about immigration, it’s even more of a problem,” said veteran GOP strategist Dan Schnur.

Schnur said Nehring, a former chairman of the party’s central committee in San Diego County, “isn’t just somebody who stumbled into statewide politics … and he needs to do something smart and fast to show people he knows what he’s doing.”

Nehring continues to appear to have some support among members of the state GOP’s six-member operating committee — who were charged with approving the chairman’s choice of Kamburowski as chief operating officer.

Southern California party vice chair Jon Fleischman, a member of the operating committee, said on his FlashReport.org site Monday that GOP officials were impressed that Kamburowski was “a smart, engaged and savvy person,” and wanted to support their new chairman’s choice for the top financial post.

But he acknowledged that Kamburowski wasn’t asked if there were problems with his background, and “he did not disclose this information during the hiring process.”

Marty Wilson, the GOP fundraiser who represented Schwarzenegger on the party committee, agreed.

“Did we know anything about this? The answer is no,” Wilson said, adding that “there was not any background research done.”

But Wilson said that with Kamburowski’s resignation, donors should have no concerns about the party’s operation under his management.

“We’re always concerned when the credibility of the party is on the line,” he said. “But Ron acted correctly and properly and with speed that shows he can manage through a crisis, and that’s what donors are going to expect.”