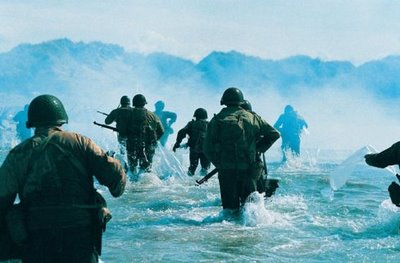 Liberation is the great story of war. In the past 50 years those that invaded Iraq, Afghanistan and Vietnam each time claimed to be freeing subjected peoples; even in the Iliad, the Greek soldiers were on the beaches of Troy to liberate the kidnapped Helen. However, this ideal of liberation is most purely true of the conventional telling of the invasion of occupied Europe by Allied troops in 1944. Novels, memoirs and Hollywood movies all narrate the liberation of Europe as a grand military epic of freedom.

“We have fixed our gaze upon battles and armies, and taken refuge in a well-worn and predictable narration of the war that stresses the ennobling quality of the fight for freedom” writes historian William I Hitchcock in his new book Liberation. Instead of focusing on the liberators, unusually he chooses instead to look at the liberated, particularly the civilians of France, Belgium and the Netherlands, and the millions of Jews in concentration camps. With this shift in focus, a different story comes to light. “However much we wish to assign it a benevolent nature, liberation came to Europe in a storm of destruction and death,” he writes.

The book has four parts. It opens with what Hitchcock calls the “catastrophe” on Omaha beach on D-Day, June 6 1944. The US First Army ran into secure German batteries, their amphibious tanks sank, there were mines on the beaches, and the troops were trapped. “By late July, the Allies fielded 1.4m soldiers in Normandy yet were still stuck in positions they had planned to occupy just five days after D-Day,” notes Hitchcock.

The keynote of this first section, as in all revisionist histories, is the slowness of progress and its great cost. Twenty thousand French people were killed in Normandy during its liberation and the towns of Caen, Saint-Lô and others were bombed to rubble. “The theft and looting of Norman households and farmsteads by liberating soldiers began on June 6 and never stopped during the entire summer,” Hitchcock says. He recounts the shootings of PoWs, the rape of civilians, and the spread of disease as Allied soldiers made their way through Belgium that winter.

There are many shocking anecdotes here. Hitchcock reports that by August 1945, “IG Farben, which had manufactured the Zyklon B pellets used to exterminate millions of Jews, was now helping the occupation by making DDT to keep lice-borne typhus at bay.” This is a terrible compromise, as was the British and American policy to keep Jews in concentration camps for months after liberation. The British in particular were reluctant to permit Jewish survivors to relocate to Palestine, fearing this would upset the balance of power around the Mediterranean and Middle East.

Yet Hitchcock, in the third section, details the achievements of the United Nations Relief and Rehabilitation Administration (UNRRA), which shipped food and medical supplies into 12 countries across Europe in 1945. Hitchcock looks at the agency’s work in Greece, Italy and Yugoslavia and concludes: “Millions of people benefited from UNRRA’s work.”

Above all, Liberation is a story of chaos. “Eleven million people inside Germany were set free by the collapse of the Third Reich,” he says, and inevitably there were grave failures in the Allied occupation of Europe. But Hitchcock may give too much attention to these failures – his fourth section, on the treatment of the Jews in Europe, reads as morally skewed. Close to a million Jews were killed at Auschwitz alone, yet Hitchcock dwells on the limitations of the relief of the camps. “Liberators rarely perceived the camp survivors as human beings,” he says, and gives examples of crude, unsympathetic language used there by reporters and soldiers. “No serious preparation for the care and treatment of Jews had been arranged,” he writes, and calls it “shocking” that “the Jews who emerged from Hitler’s camps in the spring of 1945 were not free on the morrow of their liberation”.

If there is a single moral absolute of the history of the 20th century, it is this: the liberation of the Nazi concentration camps was right. Perhaps it was inefficiently handled; perhaps it was slow. But it is hard to read the records of this time and not see the world, for an instant, in black and white. This is, however, a small stumble in an otherwise powerful and important new work of history. Liberation is a thorough, passionate corrective to any simple telling of the terrible last year of this war.