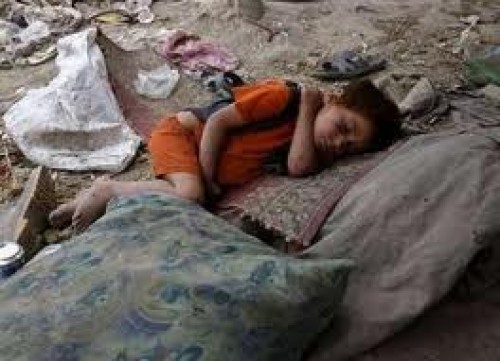 After being evicted from their rental home, Kellie Long gets her children settled in at a homeless shelter downtown. A record number of children are homeless in the United States, a new study reports.

It is shameful in a nation that has so much wealth to also have 2.5 million children who are homeless.

But the National Center on Family Homelessness says in its “America’s Youngest Outcasts” report that one of every 30 children in 2013 were homeless in the United States. The estimate is from the Department of Education’s latest count of 1.3 million homeless children in public schools along with estimates of homeless preschool children not counted by the Education Department.

The report says major causes of child homelessness include:

▪ The high poverty rate in the U.S.

▪ A lack of affordable housing nationwide.

▪ The continuing effect of the Great Recession.

▪ The challenges of single parenting.

▪ The ways in which traumatic experiences, especially domestic violence, precede and prolong homelessness for families.

In the state rankings, Missouri came in 31st worst in the nation, andKansas ranked 22nd. In addition to child homelessness, states were rated on child health, food security and education.

Solutions have to include safe, affordable housing with essential services. Parents may require education, job training, transportation and child care and may also need mental health and parenting supports.

All services should incorporate a family-oriented, trauma-informed approach.