My special treat this summer was to read Winston Churchill’s six volume history of the Second World War. What was most inspiring was to read about the indomitable spirit of the English people who, from 1939 until mid-1942, stood as a lonely bulwark against Fascism and Nazism.

The English people’s resoluteness as they persevered despite numerous extreme hardships stands as a testimony to human hardiness and courage.

The attributes that sustained the English people were: (1) a strong commitment to community rather than individuality; (2) an unselfish dedication to cooperation with everyone contributing to defeat Hitlerism; (3) the ability to compromise their political, economic and social differences, providing the trust and fortitude necessary to survive rather than succumb to despair; and (4) a willingness to transcend selfishness and avarice by exercising care and compassion while confronting the war-imposed adversities and austerities.

Corporate and private plutocrats are lavishing millions of dollars on the Republican party, its presidential team and congressional candidates. The Supreme Court’s Citizens United decision opened the floodgates for corporate money, including foreign corporations, by funneling money to such trade associations as the American Petroleum Institute (API) and the U. S. Chamber of Commerce. These organizations are not required to disclose their contributors. According to The Nation magazine, the Saudi Arabian Oil Company, Aramco, is one of API’s top donors.

This Republican corporate money is financing voter suppression and intimidation, a propaganda barrage of fact distortion and falsehoods, and character assassination of President Obama and Democratic candidates to discourage people from exercising their rights of citizenship. 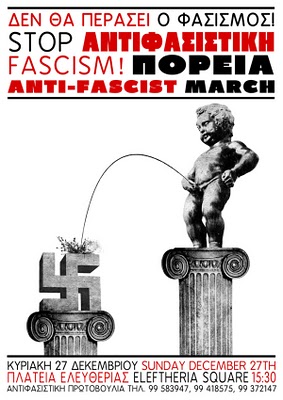 The question this election season is will we, who believe in community and shared responsibilities cherishing a vibrant government-private enterprise partnership, muster the indomitable spirit that sustained the English people?

The question is will we, who believe that right-to-life presupposes a right to health care and insist that our children’s education be factual and rational not ideological based on fantasies, emulate the English people’s resoluteness?

The question is will we, who value our civil and human rights, understand that private decisions about private matters remain private, and are willing to fight for a just society with opportunities for all regardless of socioeconomic status, race and gender, display the courage and human hardiness as did the English people when their lives languished in uncertainty, elect a president and Congress to nominate and sustain judges who respect the rights of citizens rather than corporate craftiness.

The only real weapon we ordinary people have is our voting franchise which is now under attack by a number of Republican state governments. The only defense we have against the television advertising barrage which is about to inundate us is to gather information from a variety of sources allowing us to discern factual truths and reject the political hogwash.

Ask yourself why are so many wealthy people and corporations willing to spend millions to elect Republicans. If you believe the money is being spent because they care about ordinary people and small business owners, you are in serious need of a reality check.

England was confronted by a ruthless enemy that seized power in Germany by voter suppression, intimidation and violence, by preaching hate and fear while pursuing ethnic cleansing and enforcing vicious racial policies. England confronted an enemy that despised democracy and was intent on conquering the world through lies and force while willfully crushing human rights. England confronted an enemy engaged in enslaving men, women and children to serve the capriciousness of the Nazi Aryan males.

Today, in the United States, we too face a ruthless enemy but not one that fights with bullets and bombs but with money and misrepresentation, with bribes and deception. The danger our country faces is both internal from corporate America and external from global corporatism.

Corporations, writes Catherine Crier in her book “Patriot Acts: What Americans Must Do To Save the Republic,” are: “ ... sociopaths: smart, narcissistic, manipulative and completely without conscience .... they are amoral.” Corporate allegiance is limited to money and the bottom line. Corporations profess no allegiance to countries, nations, communities and people. Corporations envision a future of total political, economic and social control propped up by unscrupulous monetary schemes at the expense of ordinary people.