"... The Committee to Protect Journalists unveiled a detailed, sober assessment of press freedom in the United States during President Obama’s tenure. The report concluded that far from fulfilling his campaign promise to improve transparency, the president has instead presided over an unprecedented campaign to contain leaks and to control media coverage of government operations. ..."

AP's Washington Bureau Chief, a reporter who has been illegally spied upon by the Obama regime, has just given a talk about the ways the president is trampling press freedom.

The remarks of Sally Buzbee to a meeting of editors and reporters, spell out how Obama is subverting the constitutional guarantee of a free press. Her speech might be justifiably titled, "Payback Time."

"As the United States ramps up its fight against Islamic militants, the public can't see any of it," Buzbee told officials of the American Society of News Editors and the AP Media Editors.

"News organizations can't shoot photos or video of bombers as they take off and there are no embeds." Obama's aides won't even say what country the warplanes are flying from.

(Of course, if the public can't see the devastation, carnage, and killing wrought by U.S. air power it is just that more liable to condone it, a big win for the military-industrial complex.)

Buzbee also faults the Obama White House for denying access to Obama meetings with foreign officials; with denying the press access to legal filings at Guantanamo and for making video coverage of that prison "virtually nonexistent"; for threatening government employees with dismissal if they talk to reporters; for dragging its heels on Freedom Of Information Act requests; and even for "trying to control the information that state and local officials can give out." 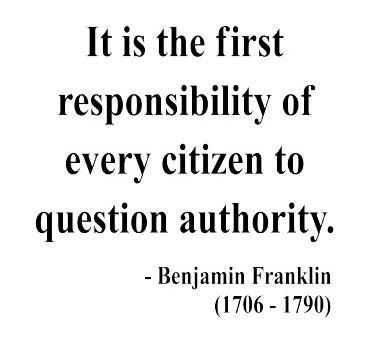 Buzbee didn't mention how the U.S. has long employed CIA spooks dressed up as reporters to gather information that goes directly to their headquarters. Of course, this deceit causes news sources to clam up, making the work of real reporters more difficult and drying up the data an informed public needs to understand our times.

Mr. Obama's disregard for media (i.e., and thus for truth), stretches back some time. After pledging to honor our civil liberties when he ran for office, only two years later Dana Milbank could write in The Washington Post that at the nuclear summit in D.C. Obama put on "a clinic for some of the world's greatest dictators on how to circumvent a free press."

And then there's the matter of the prosecution, if not persecution, of James Risen, the Pulitzer Prize-winning reporter for The New York Times who exposed so much CIA wrong-doing. That Mr. Obama worked for a CIA front organization after college and had his college bills paid by the Agency should not be forgotten at this time.

Risen "may face jail time on a federal contempt of court charge if he doesn't release the identity of one of his confidential sources," writes Matthew Rothschild, Senior Editor of "The Progressive" magazine.

Risen, citing his First Amendment right not to reveal an anonymous source he quoted in his book, "State of War: The Secret History of the CIA and the Bush Administration," accused the Obama administration of "aggressively investigating whistleblowers and reporters in a way that will have a chilling effect on the freedom of the press in the United States."

Under Obama's rule, "The Economist" writes, the U.S. has indicted six officials for leaking secrets under the Espionage Act, which had only previously been invoked against government officials three times since it became law in 1917.

What's more, according to the current (Oct. 6) issue of "The Nation" magazine, "the Committee to Protect Journalists unveiled a detailed, sober assessment of press freedom in the United States during President Obama’s tenure. The report concluded that far from fulfilling his campaign promise to improve transparency, the president has instead presided over an unprecedented campaign to contain leaks and to control media coverage of government operations."

Asked to comment, the distinguished constitutional and international law authority Professor Francis Boyle of the University of Illinois, Champaign, said:

"This  'honors' graduate of Harvard Law School, President Obama, has continued and defended and expanded and aggravated almost every hideous  atrocity that President Bush Jr.inflicted upon the United States Constitution, the Bill of Rights,the First Amendment, civil rights, civil liberties, human rights and international law. America’s “land of the free, and the home of the brave” is now at the tipping point of a becoming an Imperial  Presidential Dictatorship. It looks like the United States of America is going the same way as the Roman Republic when Julius Caesar crossed the Rubicon."