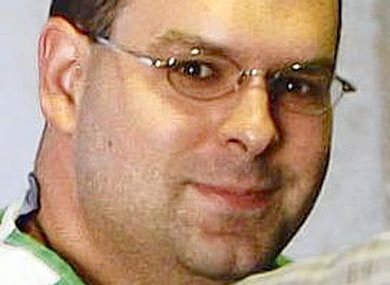 Federal jurors deciding the fate of a self-avowed white supremacist accused of soliciting an attack on a former juror two years ago had a stunning request Wednesday for the judge: Clear the courtroom of reporters and spectators before they delivered their verdict.

But with the backing of the prosecution and the defense, the judge rejected the unusual request, noting that the entire trial in Chicago’s federal court had so far been open to the public and media. And the jurors’ names had already been kept confidential for their protection.

Within minutes, jurors filed in to face the defendant, William White, and the gallery to pronounce their decision: guilty on the one solicitation count.

Sitting about 15 feet away from White in the courtroom was the juror, Mark Hoffman, 46, who had testified about how fearful he was after being targeted. He looked upward with a wide smile and put his hands on his head. He struggled to keep his composure, fighting tears as the jury was polled individually about the verdict.

Later, at their request, the 12 jurors were escorted out of the building by court security officers, so reporters had no opportunity to ask them about their decision. Prosecutors said they understood the jurors’ concerns considering the case.

“They were hearing a case where the life of another juror was threatened by a white supremacist because of his role in convicting another dangerous white supremacist,” said Assistant U.S. Attorney William Hogan Jr., a 28-year prosecutor who has tried high-profile mob and gang cases. “We should all be grateful and thankful that there are people like this who take their oath to uphold the rule of law seriously and responsibly.”

But attorneys for White, 33, saw the outcome differently, saying the government had failed to prove that White made any direct threat or asked anyone else to do any harm to Hoffman.

The attorneys said that the request by the jury to clear the courtroom highlighted that the government’s case relied more on fear than on evidence.

“That right there shows that this was based on fear,” said Nishay Sanan, one of White’s lawyers. “What was on trial here was the white supremacy movement. … This (verdict) was not based on the law.”

Previous Article
Op-Ed Letter: “Is Columnist an Unbiased Professor or Wolf in Sheep’s Clothing?”
Next Article
The Reemergence of Donald Rumsfeld Begins