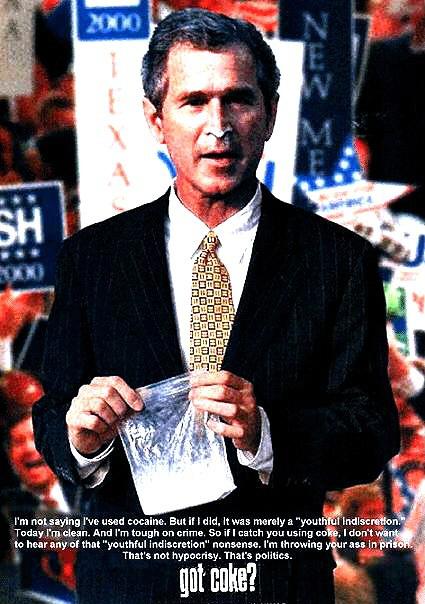 Alexander Cockburn reports in his newsletter "Counterpunch" (vol 7,no. 17 ) that 6 months ago he recieved a tip that someone had direct knowledge that GW Bush sold cocaine while at Yale in the early 70"s. The source, a Bush supporter will not go on the record. Cockburn continues, "We relay the story now to our readers because we have been reliably informed that a New York Times investigative team digging into GW Bush's relationship to cocaine unearthed a similar story of young George W. using cocaine in bars and dealing cocaine out of a house in New Haven. But,as yet, the Times' investigators have been unable to get anyone to go on the record." This story is not online.