After our 11Alive Investigators report, the organization that put the corporations and lawmakers together at a Savannah resort is responding.

ATLANTA (WXIA) -- The 11Alive Investigators caught legislators and lobbyists meeting behind closed doors in an investigation that has been seen by millions nationwide.

Now, the organization that put the corporations and lawmakers together at a Savannah resort is responding.

They're the back rooms where laws are born. The Investigators traced a Georgia asbestos law to its origins inside a Las Vegas casino hotel.

Last month's meeting was at a Savannah resort, where the American Legislative Exchange Council -- or ALEC – had us kicked out when we tried to get into the "back room" where Georgia lawmakers and corporations were creating legislation. 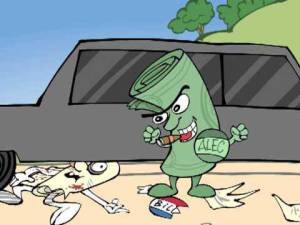 "You need to be credentialed at registration," an ALEC spokesperson said when 11Alive's Brendan Keefe tried to enter the meeting room.

"We are credentialed," Keefe said.

"Nope, you're not credentialed," she said.

"We are Georgia media," Keefe said, showing her his state credentials.

"You're not allowed," the spokeswoman said.

We were wearing Georgia State Capitol credentials – but those were not good enough to observe Georgia state legislators discussing potential laws in Georgia.

"Can we do an interview with you?" Keefe asked.

"If you'd please turn the camera off," Meierling said.

"Okay," Meierling said, motioning to four deputies nearby. "Well, then I'd like to have you escorted out of the building, please."

"Okay, I'm a guest of this hotel," Keefe said. "I'm actually staying here at this hotel."

"You are staying at this hotel?" Meierling asked.

"Georgia legislators are here participating in discussions where they're learning from legislators from other states," Meierling said.

"So why can't the people who elected them see the process?" Keefe asked.

"This is a private meeting," Meierling said.

"A private meeting, paid for by whom?" Keefe asked.

"By our members and donors," Meierling said.

"They're not lobbyists – the ones that we recorded in the bar last night aren't lobbyists that are here as members?" Keefe asked.

In the conversation in question, lobbyists could be seen talking about their affiliation with ALEC in the hotel's bar.

Keefe: Do you have to pay your way?

State Rep: Lobbyists and the like (turning to lobbyist once again) such as yourself to send us a couple thousand bucks every so often that gives me money to help those folks with. Now, on the other hand --

Lobbyist: And we pay more to be here, so it helps support them.

Meierling clasped his hands, closed his eyes and let out a sigh.

The "back room" was inside a resort hotel in Savannah, guarded by uniformed sheriff's deputies we saw taking their orders from ALEC staffers – which included kicking us out.

Police officers outside one of the meeting rooms (Photo: WXIA)

"I'm going to have ask you to leave," a deputy said.

"I'm a paying guest of this hotel, sir," Keefe said.

"We'll take care of that," the deputy said.

"Did we violate some law or something?" Keefe asked. "I mean, are we violating a law?"

"Don't say nothing," the deputy said to a second deputy who had come over to assist with throwing us out.

ALEC responded on its website, saying the 11Alive report "exhibited a fundamental misunderstanding of ALEC… ALEC is a forum for the exchange of ideas and free-market policies by a diverse array of members including legislators, business and thought leaders, think-tank scholars and individuals."

You can view the entire ALEC statement at the bottom of this page.

We asked an ALEC state chair from New England if we could join.

"Is it an organization that Joe Public can join? Or do you have to be a lobbyist or legislator?" Keefe asked.

"Yeah," the representative said. "The only way would join is to be a…"

The ALEC spokesperson in the video said we caught him off guard, and then referred to his media policy, which allows the organization to hand-pick which reporters are allowed in. It requires written permission to rebroadcast legislative meetings like the one we walked into.

So we asked ALEC for permission to show you the video from inside that committee room.

We are still waiting for an answer to that request.

As for the deputies that kicked us out of the hotel? They were Chatham County Sheriff's deputies, but it is not clear what law they were actually enforcing. The Chatham County Attorney is reviewing our open records request for invoices and other documents which will let us know who was actually calling the shots on that day at the hotel.

For several years, ALEC has welcomed journalists from prominent outlets to ALEC workshops and plenary sessions. In December 2014, 34 journalists were credentialed to attend the Washington, D.C. meeting. The ALEC media policy clearly states which meetings are open.

Unfortunately, the recent piece on the American Legislative Exchange Council (ALEC) broadcast by NBC Atlanta (WXIA-TV) sensationalizes and misrepresents ALEC member engagement and policy discussions. ALEC is a forum for the exchange of ideas and free-market policies by a diverse array of members including legislators, business and thought leaders, think tank scholars and individuals.

11 Alive Atlanta takes issue with the format of policy discussions as well as ALEC travel reimbursement and media policies, all of which are clearly posted at ALEC.org. The report exhibits a fundamental misunderstanding of ALEC.

All ALEC policy discussions are abstract, educational in nature and use examples from existing state policy as the basis for academic discussion and professional development. All drafts are posted at ALEC.org, as are those models approved by the Board of Directors, comprised solely of state legislators. This was not made clear in the 11 Alive piece.

Unlike other state legislative organizations, ALEC is not taxpayer funded. Travel reimbursement for continuing education is a universally accepted practice and conforms to regulations set forth by the IRS and state ethics commissions. ALEC reimbursement guidelines are posted at ALEC.org.

ALEC members look forward to future meetings where they will exchange ideas as they have for 42 years. Policy formulation is a collaborative process whereby all stakeholders impacted by a given issue should be engaged. There is no greater demonstration of American democracy than the gathering of people to discuss and exchange ideas.