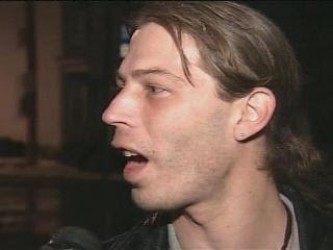 EASTON, Pa. – The New Jersey parents who lost custody of their three children they believe because of their names said they have been forced to move.

Heath Campbell said harassment from neighbors forced him out of his Milford home.

He said he not only fears for his safety but for the safety of his children, who remain in the custody of the state.

The couple also said the children are being mistreated while in the custody of the state, Fox’s Jennifer Jordan reported.

“Their hair was all in the back, all with little knots in it and stuff. I don’t feel that they’re taking care of my children,” Campbell said.

On Monday, the Campbells got to see their children for the first time since they were removed from the family’s home by state child welfare officials three weeks ago.

The father said he couldn’t believe what he saw.

“My daughter’s diaper was leaking through. She had the runs and stuff, and we didn’t like that at all. I mean, they’ve never had that before,” Campbell said. …