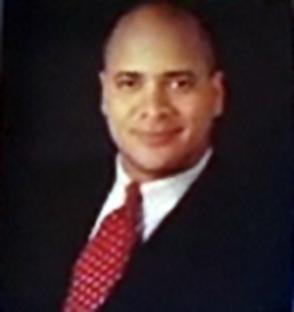 Andrew Warren, the former CIA station chief accused a drugging, raping and taping a Muslim woman while serving overseas, was hit twice with a taser when he was arrested earlier this week, according to two U.S. officials. At a hearing in a Virginia federal court Tuesday, Warren was confined to a wheelchair and bruising was visible on his face.

Warren was arrested Monday after a bench warrant was issued for missing a pre-trial hearing for his coming trial for sexual misconduct. Local police, U.S. Marshals and officers from the Diplomatic Security Service found Warren at a Norfolk, Virginia Ramada Limited hotel late Monday.

When Warren missed his court date earlier this month, authorities had reached out to friends and family members for help in finding him, and said they believed he was abusing crack cocaine and might be in danger. As first reported by the Washington Post, the 42-year-old Norfolk native had a gun in his waistband when officers attempted to arrest him Monday, and officers used a taser to subdue him.

According to the two federal law enforcement officials, officers fired an electrical charge at Warren because they believed he was under the influence of drugs and was reaching for his “mid-torso,” where the gun was located. He was tasered twice, said the officials. They said a crack pipe and a handgun were recovered from Warren’s room.