WHO List Reveals Secret H1N1 Advisors with Industry Ties – During the ‘Crisis,’ the Organization Denied it & the Media Browbeat ‘Conspiracy Theorists’ who Smelled Pharma Influence…

” … Critics had raised concerns about potential conflicts of interest that might have helped the drugs industry influence decisions on huge orders for special vaccines against A(H1N1) flu. The WHO has repeatedly denied those claims … “ 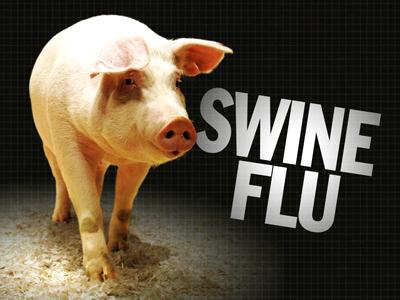 GENEVA — Five of the 15 experts that advised the World Health Organisation about swine flu pandemic alerts had received support from the drugs industry, including for flu vaccine research, the WHO revealed on Wednesday.

The agency released for the first time a list of the 15 members of the Emergency Committee headed by Australian tropical diseases professor John Mackenzie, who was the only member publicly named during the outbreak.

They came from Africa, Asia, Europe, Latin and North America, the list posted on the WHO’s website showed.

Most were scientific researchers and epidemiologists, along with a Senegalese diplomat, public health officials from Thailand and Chile as well as two specialists on international air travel and health. The list can be seen at http://www.who.int/ihr/emerg_comm_members_2009/en/index.html.

Critics had raised concerns about potential conflicts of interest that might have helped the drugs industry influence decisions on huge orders for special vaccines against A(H1N1) flu.

The WHO has repeatedly denied those claims, underlining that it had vetted members and maintained secrecy over their identities to protect them from undue pressure while the outbreak of swine flu was underway.

Six people declared interests to the UN health agency, including five researchers who disclosed past or current support from pharmaceutical firms, according to the WHO list.

Nancy Cox, from the US Centers for Disease Control, disclosed financial support from a drugs industry group, the International Federation of Pharmaceutical Manufacturers and Associations (IFPMA) for flu vaccine research and work on viruses in her unit.

US professor Arnold Monto declared current and past consultancies on pandemic or seasonal influenza research for GSK, Novartis, Roche, Baxter and Sanofi Pasteur.

He also declared a grant from Sanofi for a clinical trial in 2007-2008 related to influenza vaccines.

British professor Neil Ferguson, an advisor to the committee, had acted as a consultant for Roche and GSK Biologicals until 2007, according to the list.

The WHO said those interests “do not give rise to a conflict of interest such that the experts concerned should be partially or totally excluded from participation in the Emergency Committee.”

The panel provided expert advice to the WHO Director General Margaret Chan about the new swine flu virus, allowing her to raise the alert when it was first uncovered in Mexico and the United States in April 2009.

It was also instrumental in the declaration of a pandemic with global spread of the disease in June 2009, triggering a chain of public health precautions including development and production of an influenza vaccine.

However, swine flu turned out to be less severe than feared.

As the virus petered out in North America and Europe in late 2009, governments sought to offload costly and huge stocks of unused vaccines and some European parliamentarians claimed the scare was unjustified.

Chan announced on Tuesday that the A(H1N1) influenza pandemic was officially over after more than 18,500 people died.

The WHO estimated that about 300 million people had been vaccinated worldwide.

American Cancer Society: This Carcinogenic World According to Elmer Bobst