Webster, NY Columnist: Companies that Helped Nazis Should Pay for their Sins

“… In all, several thousand American companies were complicit in aiding both the Holocaust and the German war effort. Many are still in business today and selling us their products and services. …”

Richard Heremann: Companies who helped Nazis should pay for their sins

Canandaigua, N.Y. — The children of IG Farben are thriving. IG, in case you forgot or did not encounter this infamous company in your history classes, was the manufacturer of Zyklon B, the poison gas that the Germans employed so efficiently to murder 6 million European Jews (including over 1 million children and babies) and millions of other innocent victims during the Holocaust and World War II.

IG also built Auschwitz and other death camps, worked tens of thousands of slave laborers to death and was intimately involved in the monstrous human medical experiments conducted by the notorious Dr. Josef Mengele and his equally vile medical colleagues.

If you go to your local drug store and pick up a bottle of Bayer Aspirin, you are contributing to the bottom line of one of IG’s subsidiaries that, unfortunately, was permitted by the Allies to continue doing business and prosper despite their parent company’s criminal past and their own participation in the horrors the Germans wrought.

A legion of companies that do a landmine business in America today have links to the Nazi past. This even includes companies that have been awarded U.S. and state government contracts. A subsidiary of France’s government-owned rail giant, Societe Nationale de Chemin de Fer (SNCF) is currently bidding on a light rail project in Maryland. During the war, SNCF participated in transporting more than 75,000 Jews and other Nazi captives to the death camps. The State of Maryland actually chose this company as one of the final bidders.

As World War II wound down, the Soviet threat revved up. By the end of the fighting, the U.S. was so obsessed with fear of its ally that it was willing to cut even Nazi butchers considerable slack. The U.S. assisted tens of thousands of individual criminals to escape justice because they supposedly could be of value in fighting the emerging Cold War. Similarly, companies that had aided and abetted the Nazi extermination efforts got off lightly and even scot-free because the U.S. believed that they were essential bedrocks upon which a capitalist German economy could be constructed and serve as a counter-example to the captive nations of Eastern Europe. Whether these dismal U.S. policies actually helped us fight the Cold War is highly questionable.

Sadly, you do not have to look to Nazi Germany to find companies that collaborated with the Nazi regime and even contributed to the Holocaust. Chief among these: IBM, which eagerly supplied the Nazis with the punch cards and readers that they used to identify and pinpoint people for the death camps. In all, several thousand American companies were complicit in aiding both the Holocaust and the German war effort. Many are still in business today and selling us their products and services.

Almost 70 years have passed since the atrocities of the Holocaust and World War II, arguably the darkest time in recorded history. Since then, Bayer and the other complicit companies have reaped immense financial rewards despite their unpardonable sins. Is this what we fought and sacrificed for? 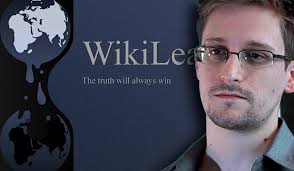