Vatican in Shock as its Bankers Investigated 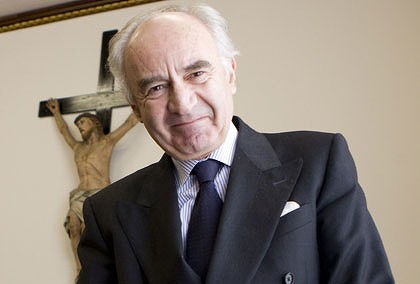 The Holy See has said it is ”perplexed and astounded” by news that Italian investigators have cited two of the most senior Vatican bankers as part of a money-laundering inquiry.

Close to €23 million ($32 million) has been sequestered in a preventive move by taxation and finance police after it was deposited into the Rome branch of a Milanese bank, Credito Artigiano, by the Vatican Bank.

The investigation has identified the bank’s president, Ettore Gotti Tedeschi, and his director-general, Paolo Cipriani, as part of the operation.

Mr Gotti Tedeschi is reported to be a member of the conservative religious movement Opus Dei, and is often quoted in Italy about ethics in finance and the need for more morality in financing. He is also a close adviser to the Finance Minister, Giulio Tremonti.

The Vatican Bank, known as IOR (Institute for Works of Religion) has been drawn into the investigative net during an examination of transactions required under money laundering laws introduced in 2007.

About €20 million of the total was destined for JP Morgan in Frankfurt while the balance was to go to the Italian bank Banca del Fucino. Italian reports suggest the Vatican Bank failed to inform the financial authorities of the origins of the funds.

A statement from the Holy See said the Vatican Bank had provided all details wanted and operated with ”full transparency”, including regular contact with the Italian central bank.

”The Holy See thus expresses perplexity and astonishment for the initiative by Rome’s prosecutor’s office,” the Vatican said.

It repeated that the information on the transaction allegedly being investigated had already been provided to Italy’s central bank. It expressed full trust in the chairman and director-general of the Vatican Bank.

The Vatican Bank handles all the accounts of its religious orders and the thousands of other Catholic associations using the offshore status of the Holy See.

But scandal and controversy is not unknown to the Vatican Bank. In 1982, it became enmeshed in the collapse of an Italian bank, Banco Ambrosiano, of which it was the major shareholder.

The Vatican Bank’s head at the time, Archbishop Paul Marcinkus, was expected to be indicted in 1982 in Italy as an accessory of the bankruptcy, but ended up being protected by his diplomatic immunity as a Vatican prelate.

That scandal took an even darker turn when two of its executives, one of them Roberto Calvi.