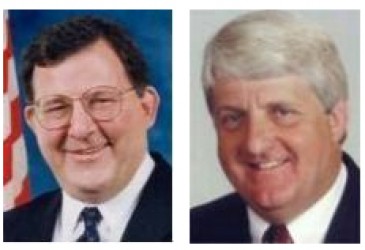 It is official. Reps. Rob Bishop and Chris Cannon both support torture!

On March 11, the U.S. House of Representatives failed to override President Bush's veto of a bill that would have banned the CIA from using waterboarding in interrogations. And you guessed it, both Cannon and Bishop went along for the Republican ride and voted to keep the veto alive.

We need to ask ourselves why our representatives would condone treating other human beings in such a barbaric, useless and inhumane way? The use of waterboarding, no matter the circumstances, is a heinous, vile crime that is unacceptable and inexcusable.

If you are still on the fence about this issue, history shows that it is never long before governments turn their abuse of enemies onto their own citizens.

People are waking up to Washington, and they are not going to sit by and let the likes of Cannon and Bishop destroy this great country.

Remember this, and know who you are voting for.