Ukraine’s Fascists Facing Their Own “Night of the Long Knives?” 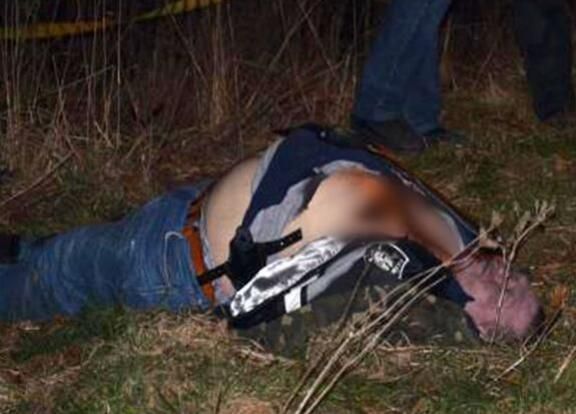 OKLAHOMA CITY – With U.S. and European oligarchs, financiers and bankers nervous about the bad publicity the fascist thugs in neo-Nazi Right Sector and Svoboda are giving them in Ukraine, it appears we are getting a latter-day version of “The Night of the Long Knives” as we begin seeing the political murders of ultra-nationalist “brownshirts,’ as occurred in 1934 Nazi Germany when Hitler purged the Sturmabteilung (SA) brownshirts.

The BBC reported Tuesday that key Right Sector leader, a much-feared Ukrainian nationalist thug named Oleksandr “Sashko Bily” Muzychko, was shot dead by police and Sokol special forces in a café in the western Ukrainian city of Rivne. Three of Muzychko’s lieutenants, who were in the café armed with Kalashnikov assault rifles and Makarov pistols were nabbed and taken to Kiev for questioning.

Right Sector fascists are notably angry about the political murder of the radical militant Muzychko, which some are comparing to Hitler’s murder of “brown revolution” storm trooper leader Ernst Rohm, during the notorious and bloody Night of the Long Knives.

“We will avenge ourselves on (Ukrainian Interior Minister) Arsen Avakov for the death of our brother,” said Roman Koval, representative of Right Sector’s Rivne region in a story on the Ukrayinska Pravda website. “The shooting of Sashko Bily is a contract killing ordered by the minister.”

The neo-Nazis added that Muzychko had his hands tied when he was shot dead, wearing his trademark Oakland Raiders football jacket.

Avakov, meanwhile, responded to the fascist’s threats, telling the “bandits” and “gangsters” that he is willing to accept any challenge they send his way.

Of course Muzychko, notes Russia’s RT.com, was a key figure in the U.S.-backed “Chicken Kiev” fascist coup last month, which forced Ukrainian President Viktor Yanukovych from power. But now that the elites are taking control, Muzychko – like Hitler’s brownshirts – was no longer needed.

And like any expert chess player – and in Russia there are many – Vladimir Putin has quietly and bloodlessly (mostly) reclaimed Crimea from Ukraine and watches as Ukraine flails about.

The other fascist group, Svoboda, is more closely tied to U.S. officials considering the friendly relations their leader, Oleh Tyahnybok has had in recent months with Sens. John McCain (R-Ariz.) and Chris Murphy (D-Ct.) Svoboda is a little more “polished,” as they have downplayed their anti-Semitic views in recent years in an effort to better their political influence. McCain and Murphy seemed perfectly comfortable smiling for the cameras in Kiev last December alongside the odious Jew-hater and Russophobe Tyahnybok.

These same guys are the ones who roughed up a Ukrainian TV CEO a week or so ago and “shoved him into an SUV” and took him to an undisclosed location. …