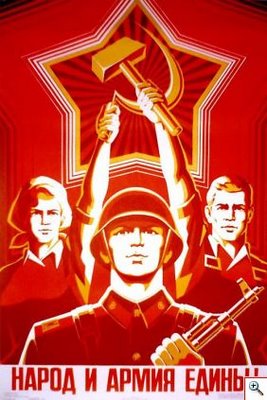 Putin Walks into a Trap (Excerpt)
by Mike Whitney

The American-armed and trained Georgian army swarmed into South Ossetia last Thursday, killing an estimated 2,000 civilians, sending 40,000 South Ossetians fleeing over the Russian border, and destroying much of the capital, Tskhinvali.

The attack was unprovoked and took place a full 24 hours before even ONE Russian soldier set foot in South Ossetia. Nevertheless, the vast majority of Americans still believe that the Russian army invaded Georgian territory first.

The BBC, AP, NPR, the New York Times and the rest of the establishment media has consistently and deliberately misled its readers into believing that the violence in South Ossetia was initiated by the Kremlin. Let's be clear, it wasn't.

In truth, there is NO dispute about the facts except among the people who rely the western press for their information. Despite its steady loss of credibility, the corporate media continues to operate as the propaganda-arm of the Pentagon.

"For some time, relative calm was maintained in South Ossetia. The peacekeeping force composed of Russians, Georgians and Ossetians fulfilled its mission, and ordinary Ossetians and Georgians, who live close to each other, found at least some common ground....What happened on the night of Aug. 7 is beyond comprehension. The Georgian military attacked the South Ossetian capital of Tskhinvali with multiple rocket launchers designed to devastate large areas....Mounting a military assault against innocents was a reckless decision whose tragic consequences, for thousands of people of different nationalities, are now clear. The Georgian leadership could do this only with the perceived support and encouragement of a much more powerful force. Georgian armed forces were trained by hundreds of U.S. instructors, and its sophisticated military equipment was bought in a number of countries. This, coupled with the promise of NATO membership, emboldened Georgian leaders into thinking that they could get away with a "blitzkrieg" in South Ossetia...Russia had to respond. To accuse it of aggression against "small, defenseless Georgia" is not just hypocritical but shows a lack of humanity." ("A Path to Peace in the Caucasus", Mikhail Gorbachev, Washington Post)

The question for Americans is whether they trust Mikhail Gorbachev more than the corporate media?

Russia deployed its tanks and troops to South Ossetia to save the lives of civilians and to reestablish the peace. Period. It has no interest in annexing the former-Soviet country or in expanding its present borders. Now that the Georgian army has been routed, Russian president Medvedev and Prime Minister Putin have expressed a willingness to settle the dispute through normal diplomatic channels at the United Nations. Neither leader is under any illusions about Washington's involvement in the hostilities. They know that Georgian President Mikail Saakashvili is an American stooge who came to power in a CIA-backed coup, the so-called "Rose Revolution", and would never order a major military operation without explicit instructions from his White House puppetmasters. Most likely, the orders to invade came directly from the office of the Vice President, Dick Cheney.

The Georgian army had no chance of winning a war with Russia or any intention of occupying the territory they captured. The real aim was to lure the Russian army into a trap. US planners hope to do what they did so skillfully in Afghanistan; lure their Russian prey into a long and bloody Chechnya-type fiasco that will pit their Russia troops against guerrilla forces armed and trained by US military and intelligence agencies.

The war will be waged in the name of liberating Georgia from Russian imperialism and stopping Putin from achieving his alleged ambition to control critical western-owned pipelines around the Caspian Basin. Much of this "think tank" generated narrative has already appeared in the mainstream media or been articulated by American political elites. Meanwhile, the fighting in the Caucasus has diverted attention from the massive US naval armada that is presently sailing towards the Persian Gulf for the long-anticipated confrontation with Iran.

According to Earl of Stirling on the Global Research web site:

"A strategic diversion has been created for Russia. The South Ossetia capital has been shelled and a large Georgian tank force has been heading towards the border....American Marines, a thousand of them, have recently been in Georgia training the Georgian military forces... Russia has stated that it will not sit by and allow the Georgians to attack South Ossetia...This could get bad, and remember it is just a strategic diversion....but one that could have horrific effects." ("Massive US Naval Armada Heads for Iran," Earl of Stirling, Global Research) ...