UK: The Annals of Eugenics - The Constantine Report
0 SHARES

In a 1926 article in American Anthropologist, E.A. Hooten reviewed the brand new journal Annals of Eugenics, a publication devoted to "racial problems" that "every anthropologist will welcome." 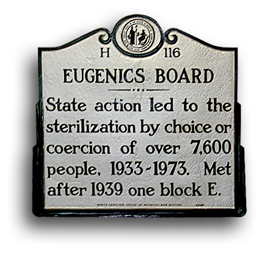 Eugenics is, for good reason, a neglected part of the history of science. It is often associated with genocidal dictatorships such as the Nazi regime, but it's easy to forget the uncomfortable truth that this was a well-established field in America and Britain too, only a few generations ago.

The following is a look at a PDF I stumbled across a few years ago; anthropologist E.A. Hooten's 1926 review (pdf) of the first issue of a new journal called "Annals of Eugenics: A Journal for the Scientific Study of Racial Problems."

The journal was issued by the Francis Galton Laboratory for National Eugenics, University of London, and this was no fringe publication - the Institute for Scientific Information listed it as one of the "262 journals published between 1900-1944 ... identified as providing the most relevant significant and useful information of that era to today's researcher". Hooten was a "U.S. physical anthropologist known for his work on racial classification", so what did he make of this new journal?

The attitude of the editors upon the subject of race differences may be gathered from the following excerpt:

No more than there is equality between man and man of the same nation is there equality between race and race. Many races have hardly yet found their true place and function in the community of nations. Science will not flinch from the conclusion, if such be inevitable, that some of these races scarce serve in the modern world any other purpose than to provide material for the history of man.

Don't mistake this for criticism - Hooten is expressing admiration for their uncompromising stance, noting that:

... existing journals and text-books which deal with eugenics are dismissed with contempt. The future of the science of eugenics is stated rather than predicted. 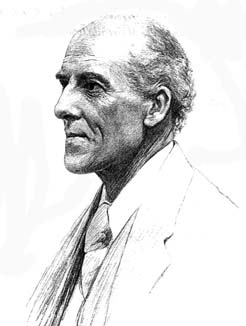 The first article in the journal (comprising half of its length) is apparently a lengthy monograph by the editor himself, Karl Pearson. A great mathematician (he established the discipline of mathematical statistics and invented principle component analysis among numerous other contributions), this is not his finest work. It is titled "The Problem of Alien Immigration into Great Britain, Illustrated by an Examination of Russian and Polish Jewish Children." Hooten describes its content for us:

About 600 Jewish boys and nearly as many girls constitute the sample upon which the work is based. The data include anthropometric measurements, medical information, sociological facts, and intelligence rating. Non-Jewish school children in similar districts are used for comparative data. Coefficients of correlation and of mean square contingency are employed in measuring the relationships of the different variables. In physique the Jewish children are not found to be superior to the non-Jewish children, but inferior to them in the great bulk of categories dealt with. In cleanliness of clothing the Jewish children fall far short of the native Gentile population.

Taken on the average, and across both sexes, the data presented supposedly suggest that Britain's Jews are somewhat inferior physically and mentally to the native population. This is used to justify the ideological belief of the author that in a crowded country only immigrants surpassing the average of the native population in physical and mental qualities should be admitted.

There is a sort of tragic, relentless bias that seems to fatally undermine the ability of both author and reviewer to provide any kind of meaningful analysis of the results. Even if Pearson's results are accurate, he shows almost no intellectual curiosity when it comes to the cause.

Of course there are many reasons why the immigrant population might under-perform native-born citizens - poverty, location, language difficulties or reduced access to education and healthcare spring to mind. None of this seems to occur to Pearson or Hooten who - in line with many of their contemporaries - were more inclined to see this result as further confirmation of their anti-Semitic prejudice.

At the time, the field was growing steadily. Hooten ambitiously comments:

The science of Eugenics is in fact only highly developed and applied anthropology, and the day will inevitably come when every university of standing will have its professor and laboratory of Eugenics.

The field of Eugenics was well on its way to achieving this when World War II broke out. Even Winston Churchill was a supporter, along with other leading figures of the era from George Bernard Shaw to John Maynard Keynes. Eugenics departments were springing up in major universities around the Western world.

But with the War came the Holocaust, and the massacre of six million Jews so shocked the world that the field of eugenics was mostly dead and buried by the 1950s, not just out of fashion but actively reviled. Even so, the movement didn't completely disappear, with sterilization programs continuing in some countries through to the 1970s and a small fringe continuing to lobby for eugenics-based policies to this day, but that's a story for another post.

By the 1950s, the journal had moved away from its unfortunate roots and switched its name to the Annals of Human Genetics, a journal which exists to this day. It's publisher, the Francis Galton Laboratory for National Eugenics, remained so named until 1963 when it became The Galton Laboratory of the Department of Human Genetics and Biometry, now a part of UCL's Department of Biology.

Episodes like this are uncomfortable to look at now, but confronting issues like this is important for modern scientists. They serve as an important reminder of how an entire field of science can go horribly astray, and a warning of what happens when open-minded curiosity is replaced with the oppressive force of prejudice. Above all, we should remember that had we lived eighty years ago, we too might been educated to hold similar views.