The 2010 Nobel Prize in medicine for British IVF pioneer Robert Edwards was one of the Nobel committee’s most popular decisions. Right up until he died earlier this year Professor Edwards was feted as the man who helped five million babies enter the world.

But there was a darker side to Edwards’ science. As reported in Scientific American last week, Edwards was a card-carrying member of the Eugenics Society (now called the Galton Institute) and advocated the genetic selection of the strongest embryos available for IVF procedures.

He was not just concerned with avoiding grave disability. Eugenics was for him an opportunity to raise the skill level in our society: “any [scientific] method of potential value in raising human standards should be considered, and [human reproductive] cloning might contribute towards this end by providing pools of talent”, he said in 1974.

Edwards served on the organization’s council – its leadership body – as a trustee on three separate occasions, the last being 1995-1997. 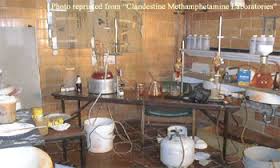 The Politics of Meth in West Virginia
Oct 21